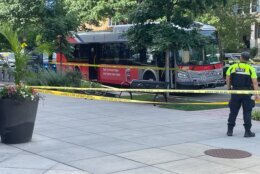 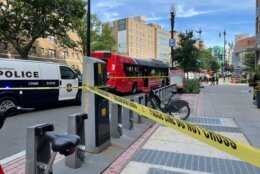 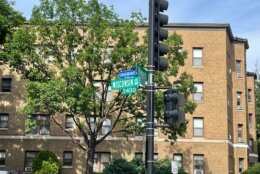 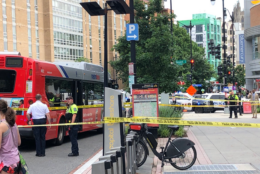 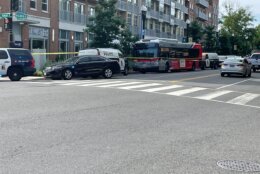 A man is in stable condition after Metro Transit Police said that he was stabbed while aboard a bus in Northwest D.C. on Friday.

Metro said in a statement that a man was stabbed aboard a 33 route bus at Wisconsin Avenue and Newark Street at about 3:20 p.m.

Metro spokeswoman Sherri Ly said that the two men got into an argument that turned physical when the victim was stabbed.

The suspect fled the scene; the man who was stabbed was taken to a hospital with injuries Metro described as serious.

A woman interviewed by WTOP’s news partner NBC Washington said that the man was “behaving erratically” and talked about “committing acts of violence.”

“He was a middle-aged guy ranting, and everybody thought he was just off,” she said.

During the investigation, Wisconsin Avenue was partially closed. Metro has not confirmed the identity of the suspect in this attack.

The investigation is ongoing and the suspect is still at-large, according to Metro.