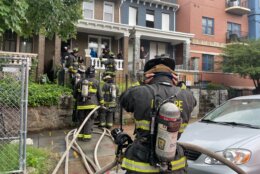 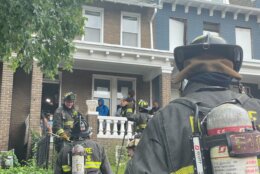 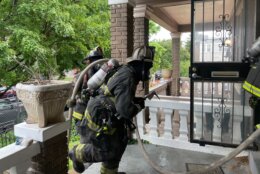 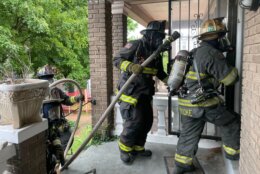 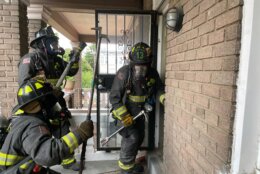 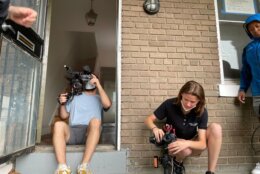 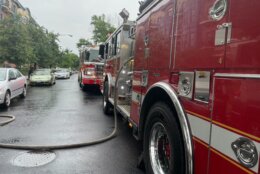 From the porch of a vacant row house in Northeast D.C., a film director yelled, “We are rolling … and action!”

On his cue, several D.C. firefighters jumped out of their fire truck, bounded up the steps, donned protective gear and lunged into thick fumes.

It’s all a simulation of sorts.

For the next three days, those directors’ commands will take the place of a real 911 call, as members of D.C. Fire and EMS have been selected to star in a national training video designed to teach firefighters across the country about the dangers of fighting a row house blaze.

Firefighters said it’s one of the most dangerous structure fires to battle.

“We’ve had injuries and line-of-duty deaths that have been attributed to these types of buildings,” said Deputy Fire Chief Anthony Kelleher. “Fighting fires in [row homes] are dangerous because we have basements; we have concealed spaces, such attics, and, that allows fire and heat to spread.”

The workplace safety video has been spearheaded by the Division of Safety Research of the National Institute for Occupational Safety and Health (NIOSH), which falls under the umbrella of the Centers for Disease Control and Prevention.

The group selected D.C. for filming because of its abundance of townhomes, said Murrey Loflin, a fire investigator with NIOSH.

“Row houses are predominantly up and down the East Coast,” Loflin said. “We picked D.C. because of the sheer number of row houses. The intent [of the video] is everybody goes home the same way they got there.”

The D.C. fire department said being selected to participate in the field to help other departments is an honor.

“Everything we do centers around safety,” said Assistant Fire Chief Gary Steen Jr. “The fire service is a brotherhood and a sisterhood. Whatever we can do to train and share our experience, and if it saves one life, it’s worth it.”