The Church of Jesus Christ of Latter-day Saints' Washington, D.C. Temple is clad in white Alabama marble, matching other monuments around the nation's capital. But for decades it has posed something of a mystery to the millions who stream by on D.C.'s Beltway, with some even comparing it to "The Land of Oz."
Listen now to WTOP News WTOP.com | Alexa | Google Home | WTOP App | 103.5 FM

Its spires leap nearly 300 feet into the sky, and at their pinnacle, a two-ton, gold-covered angel issues a clarion call to the heavens. The Church of Jesus Christ of Latter-day Saints’ Washington, D.C. Temple is clad in white Alabama marble, matching other monuments around the nation’s capital. But for decades it has posed something of a mystery to the millions who stream by on D.C.’s Beltway, with some even comparing it to “The Land of Oz.”

When asked what church members think when they hear that, Todd Christofferson replied, “We smile! But it’s one of the reasons we have this open house. We won’t get everybody who comes around the corner on the Beltway, but I hope more and more will see it as something much, much more than Oz.” 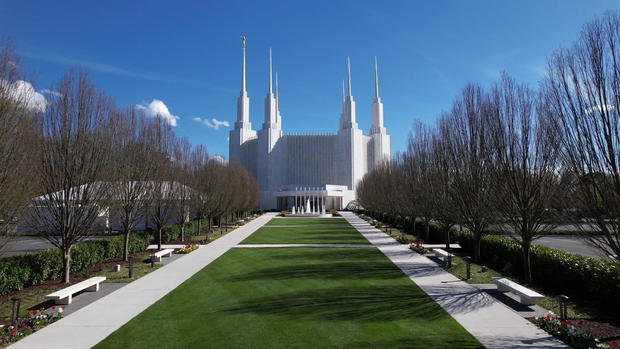 Christofferson and David Bednar are two of the twelve apostles, or highest-ranking elders, of the Church of Jesus Christ of Latter-day Saints. They traveled from Utah to bring CBS News’ Ed O’Keefe inside the church’s hallowed Washington, D.C. temple – a place normally off-limits to all but members of the faith.

Bednar said, “Sometimes we’re accused of, ‘What are the secret things that you do in the temple?’ They’re not secret; they’re sacred. And so we don’t speak of them casually or lightly because, to us, they’re so central, so fundamental and so important to how we live.” 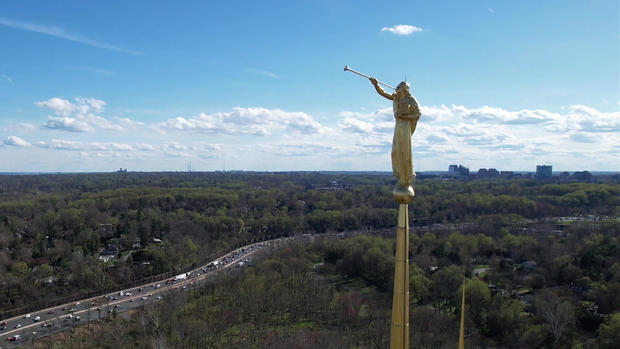 The angel Moroni statue atop the Washington, D.C. Temple.

The temple has been under renovation since 2018, so non-members are temporarily allowed in for construction … and now, so are “Sunday Morning”‘s cameras, ahead of a public open house that begins later this month.

The apostles and their wives, Kathy Christofferson and Susan Bednar, ushered O’Keefe across an entry bridge. He asked, “Are we walking into another realm?”

“Yeah, symbolically,” said David Bednar. “We’re leaving the world and entering a more heavenly place where we learn about God.”

Susan Bednar added, “We have a song that children sing when they’re young: I love to see the temple. I’m going there some day. To feel the Holy Spirit. To listen and to pray.”

Surprisingly, there’s no soaring, cathedral-like space inside. Most of the rooms are windowless, hushed, and intimate. 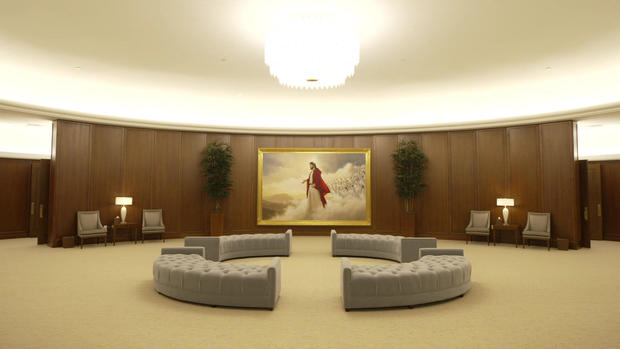 An interior view of the Washington, D.C. Temple.

One room that does wow is the Baptistry. The baptismal font, perched atop 12 life-size oxen symbolizing the Tribes of Israel, isn’t for the living, but to anoint the souls of church members’ long-deceased ancestors. 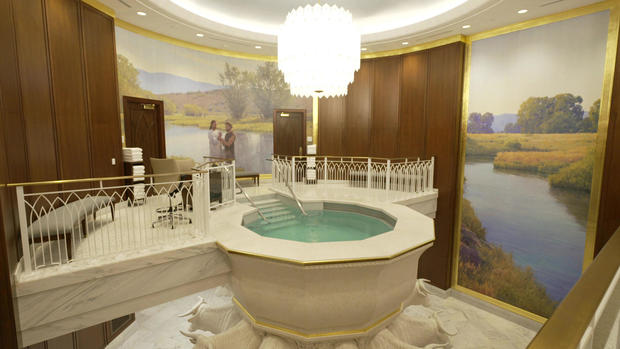 O’Keefe asked, “How do they know that that’s something that ancestor wants?”

“They don’t; they just plain don’t know,” said Kathy Christofferson. “But they can hope.”

Todd Christofferson said, “It is in a sense, a free will offering to that person who in the eternities can choose to accept it or not.”

Baptism of the dead is just one practice that makes the church stand out.  Established in New York State nearly 200 years ago, the Latter-day Saints were persecuted for their beliefs.

Like most religious institutions, the church has faced criticism, from inside and outside, on issues of race, sexuality and gender.  But the growing diversity among its nearly 17 million members across six continents suggests their message is being received.

And while their holy scriptures are known as the Book of Mormon, today church members avoid calling themselves “Mormons,” emphasizing instead what they share with other Christian faiths: a reverence for Christ.

David Bednar showed O’Keefe the temple’s Sealing Room: “It’s in this room that a man and a woman kneel at this altar, and they are sealed together, not just ’til death do you part, but for this life, and for all of eternity.”

“And that in many ways is one of the biggest differences between members of Latter-day Saints and other denominations, is that it doesn’t end in death?” asked O’Keefe.

“Yeah, we believe that families can be together forever.”

The tour ended near the top of the temple, in the Celestial Room, a room for quiet contemplation. 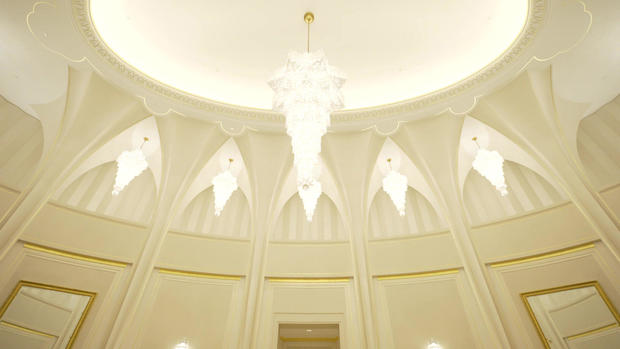 “This is a representation of our heavenly home,” Bednar said. “This is a place of light, of peace.”

A place of light and peace – a statement in this world, and a declaration of faith to the next.

There is still mystery in the Washington, D.C. Temple, but in the coming weeks, if you’re curious, the doors will be open wide.