Every year, up to 1 billion birds are killed when they collide with windows. Now, a group of D.C. Council members has noted the problem and offers a solution.
Listen now to WTOP News WTOP.com | Alexa | Google Home | WTOP App | 103.5 FM
(1/3) 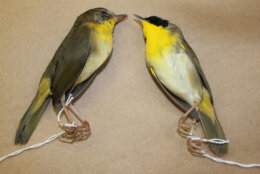 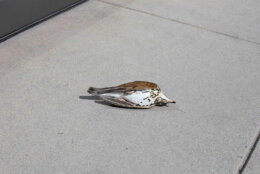 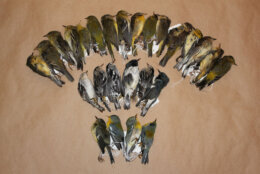 Every year, up to 1 billion birds are killed when they collide with windows, according to the American Bird Conservancy.

Now, a group of D.C. Council members has noted the problem and offers a solution. Council members Mary Cheh, Janeese Lewis George, Brooke Pinto, Charles Allen and Anita Bonds introduced a bill that would require new construction to use “bird-safe” materials, such as the kind of glass that is treated with a coating or pattern to prevent bird strikes.

Anne Lewis, president of D.C.’s City Wildlife, explains that when birds see untreated glass, they see a way through a building, not an obstacle.

If the bill is passed, she told WTOP, “We are confident that this can virtually correct the problem.”

For example, she pointed to the Washington Convention Center retrofitting its windows to be more bird friendly.

“And indeed it reduced the bird kills there by 85%,” Lewis said.

Volunteers with an effort to prevent bird collisions, Lights Out DC, have been collecting data since 2010, Lewis said.

Volunteers walk an area from Union Station to the Convention Center. “It’s about a 13-block linear area with a couple of blocks on either side,” she said.

In 2012, volunteers found 200 birds in the area during migration season. But with increased construction in the District, the problem has gotten worse.

The loss of large numbers of migrating birds isn’t just a regional problem, and it’s not just a result of window collisions, said Lewis.

“We’re part of a much bigger problem here,” said Lewis.

So, if the D.C. legislation proposed by Cheh and her colleagues passes, Lewis anticipates it will help dramatically. 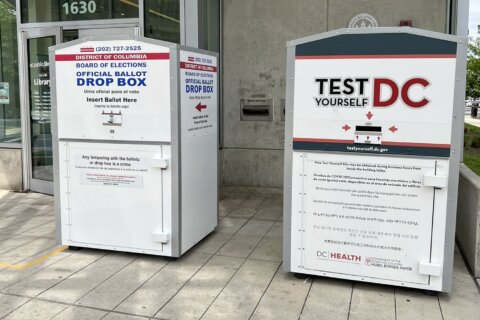