First of its kind sportsbook opens in Adams Morgan

The first Class B sports betting licensee started taking bets Monday morning at a sports bar in Adams Morgan, a venture that's not just unique to the District, but to the rest of the country too, for now at least.
Listen now to WTOP News WTOP.com | Alexa | Google Home | WTOP App | 103.5 FM
(1/5) 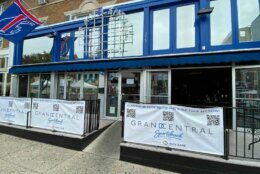 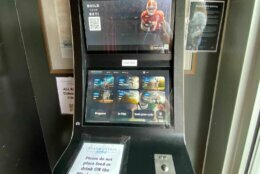 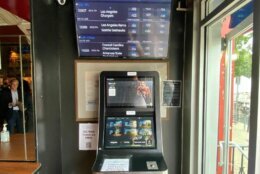 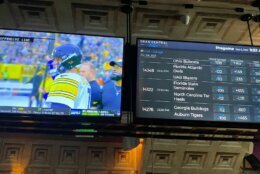 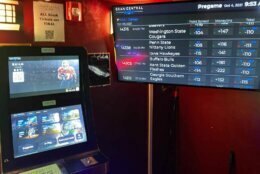 A popular sports bar in Adams Morgan can now call itself a sportsbook — something no other typical sports bar in the country can do.

The bar unveiled a couple of kiosks and its new ticketing window, where you can place a wager or, if you’re lucky, cash in your winnings. Yes, only cash right now. An associated mobile app isn’t going to be up and running until next year.

But while other venues already have kiosks up and running around the city, those are all affiliated with the D.C. Lottery’s sports betting program. The setup at Grand Central is entirely in-house.

Class B licenses are for bars and restaurants around the city that hope to use sports betting to attract customers.

Getting to this point was far more arduous and complicated than you probably believe.

The license application alone was $100,000, and then the renovations, infrastructure, and security upgrades added tens of thousands of dollars on top of that, all one times costs, but all coming out of the pandemic. Grand Central is teaming up with Elys Gaming, which supplies the technology and betting infrastructure for a share of the profits.

“D.C. is breaking the ground,” said Matteo Monteverdi, the head of special projects for Elys Gaming, which has offices in America but has primarily licensed its technology in Europe. “It’s fascinating to see how many states are starting to look at this model as well.”

Maryland, is one example he pointed to as a state that will allow small, independent businesses the chance to get in the sports betting game.

“What we’re doing today at Grand Central is the tip of the iceberg,” he added, noting this type of setup is already typical in many European countries.

Its arrival in D.C. means Grand Central has hired 20 new employees, many of them with experience in the sports betting industry, while expanding its hours of operation. What used to be a sports bar that didn’t open until 6 p.m. every night, in a neighborhood known for nightlife, will now start serving lunch, too.

“Folks who maybe want to watch soccer on a Tuesday afternoon,” said Vasile, “if somebody makes a wager on a Premiere League game for soccer at noon they can now sit at the bar and have a burger and a soda or coffee and a beer and watch the game while they wait for their wager to be settled.”

In all, he estimates the betting option will bring boosts to his food and beverage sales by about 10%, “and obviously you have the revenue stream of sports wagering as well,” he added.