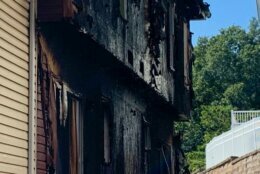 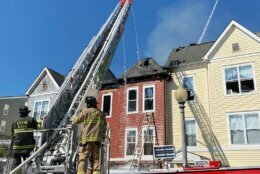 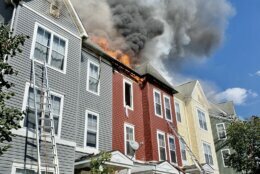 Eight people have been displaced after three townhomes were caught in a blaze in Southeast D.C. Saturday afternoon.

D.C. Fire and EMS said that they arrived to the scene on 5000 block of Ivory Walters Lane around 3 p.m. to find a heavy fire coming from the third floor of one of the townhomes. It then spread to two townhomes to the right and left of it.

Fire officials reported no injuries, but did say that eight residents have been displaced from three different families as a result of the fire. The roof of the middle townhome has also collapsed.

About 100 firefighters are working to completely extinguish the blaze, per authorities.

Below is the area where the fire happened: