‘Tough to just sit and do nothing’: How a DC restaurant owner is helping Afghan refugees

Fatima Popal, the co-owner of several D.C. restaurants, has launched a donation drive for Afghan refugees that has been so successful, she temporarily has had to stop accepting donations.
Listen now to WTOP News WTOP.com | Alexa | Google Home | WTOP App | 103.5 FM
(1/8) 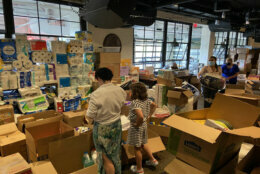 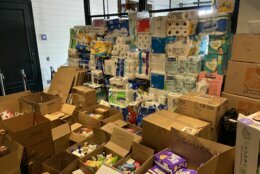 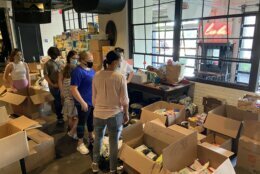 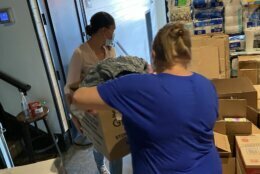 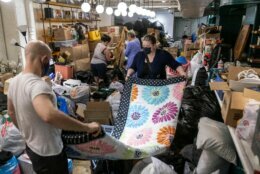 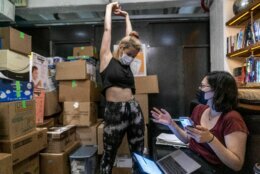 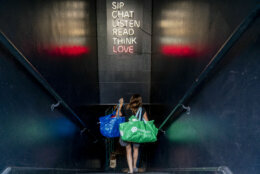 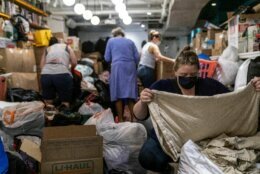 Feeling helpless and hopeless, Fatima Popal sent her brother a text message after watching five days of coverage about the Taliban’s takeover in Afghanistan.

An Afghan refugee and co-owner of three D.C. restaurants — Lapis, The Berliner and Lutèce DC — Popal said she couldn’t sit and cry any more, instead wanting to use her platform to help those arriving in the U.S. from Afghanistan.

So, after that text exchange, Popal and her team crafted a social media post to share on the restaurant’s channels and their personal pages. It called on D.C.-area residents to “help us with collecting items for [sic] afghan refugees resettling in our communities.” A comprehensive list of needed items, ranging from hygiene products to clothes and bedding essentials, was also included. The campaign was intended to last 10 days.

But after five days of collecting and sorting items with the help of hundreds of volunteers, Popal and her team on Monday stopped accepting donations altogether, with the exception of new hygiene products and gift cards. With two of the group’s three restaurants filled with donations, Popal wants to mobilize the items already collected before accepting more.

“It’s been hard, not only as an Afghan, but also as … a person that was part of bringing change into Afghanistan after the Taliban had left many years ago,” Popal told WTOP. “It was tough to just sit and do nothing.”

The current upheaval in Afghanistan is familiar for Popal, who said she left Afghanistan in the 1980s when the Soviet Union invaded. By way of Bahrain and the United Arab Emirates, she arrived in the U.S. on a tourist visa and then was granted political asylum because of the ongoing war in Afghanistan.

She has returned several times since, working on projects ranging from an initiative to increase financial inclusion in the country to more recently coaching a girls’ basketball team. The donation drive is just Popal’s latest endeavor.

The community support was evident immediately, Popal said, as locals used the seven-hour drop-off window to provide items like blankets, pillows, diapers, paper towels, utensils and new and used clothes in abundance. And there has been no shortage of volunteers, with so many people seeking to help that Popal recently created a centralized system to ensure a steady flow of helpers throughout the day.

Popal is currently partnering with the International Rescue Committee and dropped off about two truckloads of donations to Lutheran Social Services. And, she said, some refugees who have been in the region for multiple weeks have also contacted her directly.

“It’s easy to get cynical,” said Linda Rockey, who volunteered at The Berliner on Monday afternoon. “It’s easy to think that people don’t care about each other, and that we’re just in such a divided world. But here, that’s not the case.”

While Popal intended to continue collecting items through Friday, she said there is so little space remaining in the two restaurants that she’s uncertain when donations will resume. There isn’t currently a long-term plan, but Popal said she’s excited to continue helping.

And she said she wants everyone to understand the severity of the situation Afghan refugees are facing.

“This is a humanitarian issue,” Popal said. “This is not just an issue for Afghans and Afghanistan. It is not affecting just us. It is affecting every single person that has put effort toward anything in Afghanistan, which includes the U.S. military, all the nonprofit organizations, for-profit organizations, everyone. We have to educate ourselves about who the Taliban regime are and what they are doing to our people, especially the women and children.”

To learn more about donations or volunteer needs, visit the Lapis Instagram page.