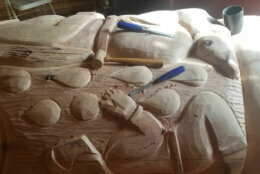 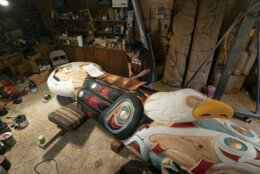 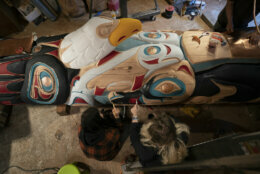 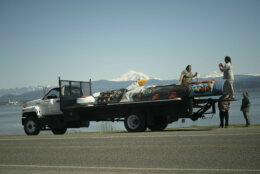 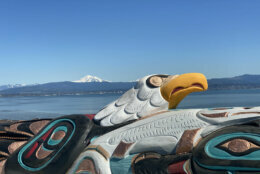 A group of Native Americans are transporting a massive hand-carved totem pole across the country in hopes of highlighting environmental and cultural issues.

The journey is called “Red Road to D.C.” and it is organized by the House of Tears Carvers of the Lummi Nation.

It will soon make its way from Washington state to Washington, D.C.

The group said they plan to deliver the totem pole to President Joe Biden’s administration as a reminder of the promises that were made to Native Americans to safeguard the sacred sources of life, Earth, water and sky for the generations to come.

In a video previewing the journey and showing what it takes to transport the totem pole, the group said its hopeful that the totem pole showcases the struggles of the communities it visits.

“As the totem pole moves it carries the spirits of the lands it visits. It’s like a battery that charges as it travels. As people touch it they give it power and as it moves on it shares that power with the next community it visits,” the video said.

The House of Tears Carvers of the Lummi Nation have created more than 15 totem pole journeys over 20 years so far, covering more than 60,000 miles.

“The totem pole draws lines of connection between communities fighting for the land and for the future and against an understanding of development that has been pushing the world towards extinction,” as described in the video.