The veteran Capitol Police officer who was killed last week after a man rammed his car into officers at a security barricade will lie in honor in the Capitol Rotunda.
Listen now to WTOP News WTOP.com | Alexa | Google Home | WTOP App | 103.5 FM
(1/2) 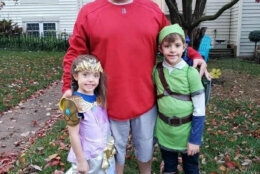 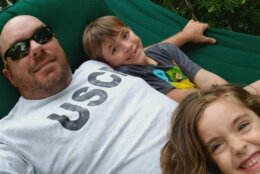 The veteran Capitol Police officer who was killed last week after a man rammed his car into officers at a security barricade will lie in honor in the Capitol Rotunda.

The ceremonial arrival will take place at 10:30 a.m. Tuesday, April 13 on the East Front of the Capitol. A congressional tribute will follow at 11 a.m. Due to the coronavirus pandemic, the ceremony is open to invited guests only. A viewing period in the Rotunda for members of the Capitol Police begins at 12 p.m. Members of Congress are invited to pay their respects between 12 p.m. and 6 p.m.

In a joint statement, the congressional leaders said: “The United States Congress joins all Americans in mourning the tragic death of one of our Capitol Police heroes, Officer Billy Evans. In giving his life to protect our Capitol and our Country, Officer Evans became a martyr for our democracy. On behalf of the entire Congress, we are profoundly grateful.”

Later Tuesday, the Capitol Police released a statement from Evans’ family reading: “His death has left a gaping void in our lives that will never be filled.”

Evans, who joined the department in 2003 and was a member of its first responders unit, was on duty Friday afternoon near a security barricade on Constitution Avenue when a car driven by 25-year-old Noah Green slammed into the officers and then the barricade and Green emerged from the car with a knife in his hand. Green was shot by another office and later died at a hospital.

The statement released by Capitol Police also included some family photos including, a picture showing Evans with his arms wrapped around his son and daughter dressed in Halloween costumes.

“The absolute most important thing in his life was his two children, Logan and Abigail. His most cherished moments were those spent with them — building with Lego, having lightsaber duels, playing board games, doing arts and crafts, and recently finishing the Harry Potter series.”

The statement said Evans took pride in being a Capitol Police officer and cherished the friendship of his colleagues on the force, including at the North Barricade where he was on-duty when he was killed.

“While family was always first, Billy had the welcoming personality that led him to make friends with anyone het met,” the family’s statement said.

Evans, a father of two, grew up in North Adams, Massachusetts, a close-knit town of about 13,000 in the northwest part of the state.

He attended Western New England University, graduating in 2002 as a criminal justice major. He joined the Capitol Police the next year.

The second officer who was injured in the ramming was released from a D.C. hospital on Saturday.

Evans’ killing was the second line-of-duty death for the Capitol Police, following the death of Officer Brian Sicknick who clashed with rioters during the Jan. 6 Capitol riot. Another officer, Howard Liebengood, took his own death days after the riot.

Sicknick also lay in honor in the rotunda after his death.