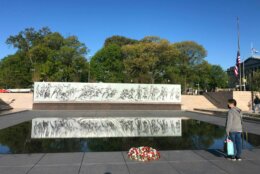 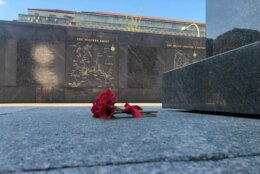 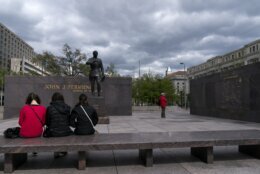 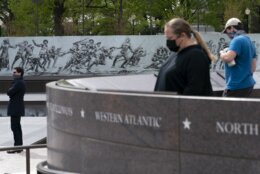 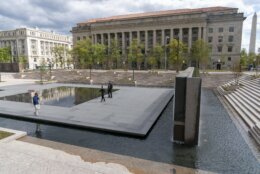 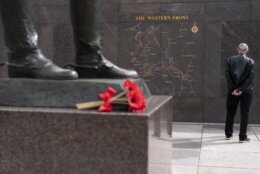 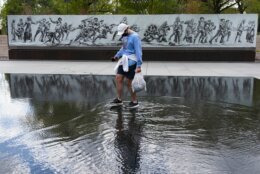 The long-awaited World War I Memorial, honoring the nation’s “Doughboys,” is now open to visitors.

The new memorial, located in Pershing Park at 14th Street and Pennsylvania Avenue Northwest, opened to the public Saturday.

“Doughboys” was the nickname for American infantrymen who served during what was called the Great War.

Walking along the memorial, Steve Pflasterer took photos as he recalled his father’s time as a soldier during World War II. “I’m still taking it all in. Certainly this is important as well,” he added.

With maps and quotes adorning the walls and flowers serving as a symbol of appreciation, Pflasterer said he is grateful for their sacrifice. “General Pershing’s writing on the wall over there, it just kind of takes you back,” he said.

During Friday’s dedication ceremony, several speakers, many prerecorded, told the story of America’s involvement in World War I, the American men and women who served in it and the push to remember them with a national memorial in the nation’s capital.

As President Joe Biden pointed out in his remarks, more than 4 million Americans served in World War I, both in the U.S. and overseas. Millions more supported the war effort at home, and 116,516 lost their lives.

“Let us remember all that was sacrificed, all that was sanctified by the proud brave Americans who served in World War 1,” said Biden in taped remarks.

“More than 100 years have passed, but the legacy and courage of those Doughboys sailing off to war and the values they fought to defend still live in our nation today.”

One part of the memorial not yet visible is an enormous bronze relief titled “A Soldier’s Journey.” It depicts the story of a soldier who leaves his family, sees combat and loses many of his fellow soldiers, before then returning to his family. It’s being crafted by sculptor Sabin Howard.

The relief is expected to be completed in three years, in time for Memorial Day 2024. When it’s done, it will be the largest free-standing bronze relief in the Western Hemisphere. For now, there’s canvas in its place, showing visitors what it will look like.

Friday morning’s dedication followed years of arguments over the location and design of the memorial.

The event ended with a flyover by two F-22 Raptors from the 94th Fighter Squadron, a unit that was recognized for its success during World War I.