DC could nix law barring drivers who owe fees from getting, renewing license

The District could end the practice of withholding the driver's licenses of residents who owe fees or fines to the D.C. government.
Listen now to WTOP News WTOP.com | Alexa | Google Home | WTOP App | 103.5 FM

The District could end the practice of withholding the driver’s licenses of residents who owe fees or fines to the D.C. government.

Council members Elissa Silverman and Robert White, both At-Large members, have introduced legislation that would end the practice, which they said has a disproportionate impact on residents of color and those least able to pay.

According to a new release from the D.C. Council, tens of thousands of residents are currently denied the ability to obtain or renew their licenses due to outstanding government debts as low as $100.

“We don’t want to penalize people for being poor,” Silverman said.

For some D.C. residents who have a fee or fine, it is an “inconvenience” to pay what they owe, White said. But for those who don’t have enough money to pay a fee, the loss of a license can be catastrophic.

Both Silverman and White noted that those most affected in D.C. are often those who are most dependent on having a driver’s license for work.

“A lot of our infrastructure jobs, you need a driver’s license to work. So if you suspend someone’s driver’s license or you don’t allow them to renew, you’re taking a job away from them,” Silverman said. “That’s just going to push them into deeper debt and deeper poverty, and that’s exactly what we don’t want to do.”

Drivers who owe the District government money won’t be off the hook, White clarified.

“You’re still going to have to pay your fines or fees,” he said. “All we’re saying is we’re not going to stop you from making a livelihood as a result of your inability to pay.”

The DC Driving to Opportunity Amendment Act of 2021 would, according to the council members, bring the District in line with all but two states that have eliminated the practice of denying drivers licenses when government debts go unpaid.

In 2017, the council passed a similar measure. That bill, also sponsored by Silverman, restored licenses to 18,000 residents whose licenses had been suspended due to unpaid fines. 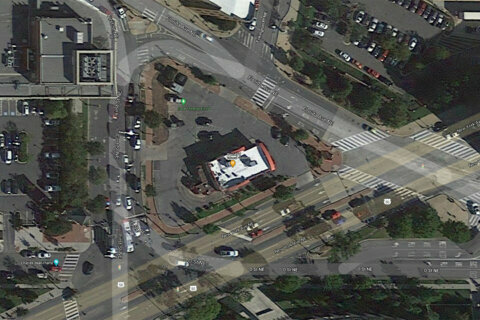