Veterans clean up racist stickers left behind by Trump supporters 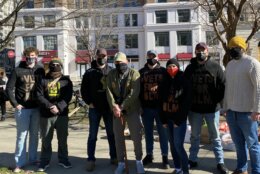 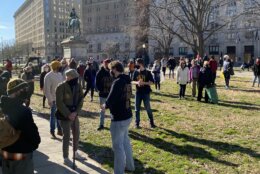 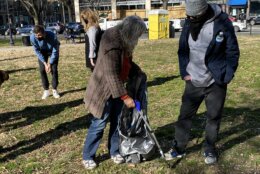 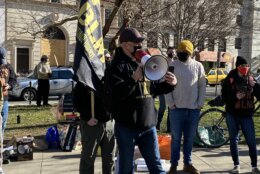 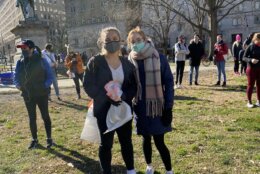 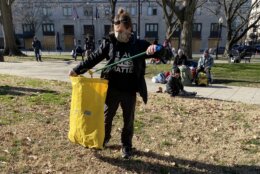 A local veterans’ organization Sunday cleaned signs and stickers left on downtown D.C. buildings after demonstrations and riots by supporters of President Donald Trump over the past week.

David Smith, founder and executive director of Continue to Serve, said he saw stickers from “all sorts of racist, fascist groups” posted throughout downtown in the wake of a pro-Trump gathering on Jan. 6 which culminated with a violent insurrection at the U.S. Capitol building.

Smith said the events of the week gave his organization an opportunity to “come out and try to pick up the mess that was left by some unwelcome visitors.”

Voicing support for the Black Lives Matter movement, he said the group has been seeking to do more community work in hope of changing the narrative of what people think about members of the armed services.

“We want to show that we can come together as a community, we can take care of us, and we can keep ourselves safe,” he said.

Hundreds of supporters gathered in McPherson Square to help with the cleanup. They brought trash bags, gloves and scraper tools to help remove the stickers that were plastered on buildings and structures.

Smith said it was exciting to see so many people come out to help, remarking on the positivity and optimism so soon after thousands stormed and occupied the Capitol grounds for hours.

The veteran and founder of the community-based organization said events of the past week should serve as a wake-up call to those who don’t share the same views of veterans who participated in the invasion of the Capitol.

He said members of the armed services have to take a stand and “get more active in activism,” as well as “stepping up for what we actually believe in.”

The group ended the cleanup with a moment of reflection for what has already proved a tumultuous the first week of the new year.