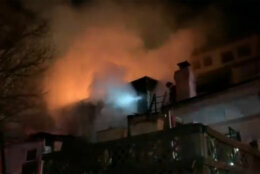 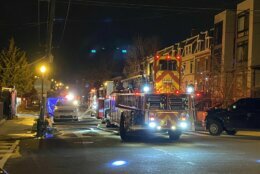 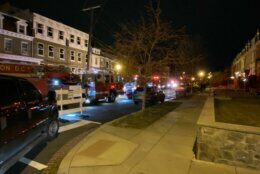 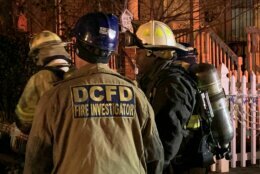 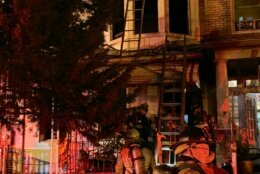 A man and woman are dead following a house fire in the Petworth neighborhood of D.C. on Thursday morning.

D.C. Fire Department is reviewing if there were smoke detectors inside the home.

It happened around 3 a.m. in the 4200 block of 8th Street NW near Georgia Avenue NW.

D.C. Fire and EMS spokesman Vito Maggiolo said the rear of the house was engulfed in flames when they arrived.

“A portion of the of the rear of the house did collapse. The porch area collapsed while we were fighting the fire.”

An older man and woman were found inside, one on the first floor and one on the second. They were taken to the hospital, where they later died.

Authorities identified the victims as 91-year-old Lester Wilson and 87-year-old Rosa Wilson, both of Northwest.

“The D.C. Fire Department is very sad over the loss of life and we’d like to send our thoughts and prayers out to the families and friends of the folks involved,” Maggiolo said.

One firefighter was taken to the hospital with a minor injury.

Fifty firefighters worked to put out the fire, which damaged other homes around it, displacing two people.

D.C. Fire and EMS returned to the scene later Thursday to provide fire safety material throughout the neighborhood as well as smoke alarms for homes that need them.

#DCsBravest, including Fire Chief John Donnelly, return to the scene of the fatal fire in the 4200 block of 8th Street NW at 1 PM to provide fire safety material throughout the neighborhood and provide smoke alarms if we find any homes in need of one.

Maggiolo said he wasn’t aware of any hoarding conditions.

Below is a map of the area where the fire broke out.

Editor’s note: This story has been updated to reflect that the D.C. Fire Department is reviewing if there were smoke detectors in the home.