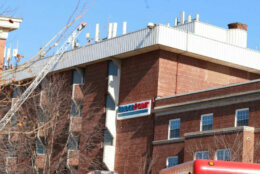 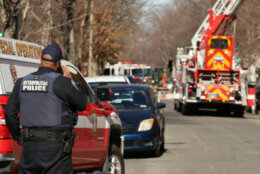 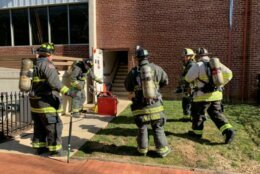 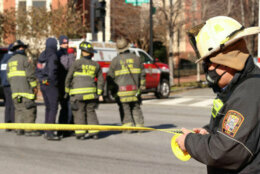 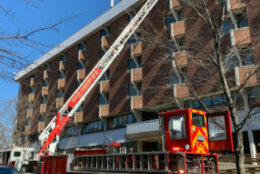 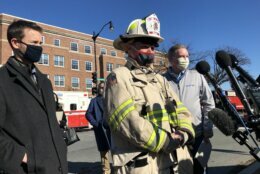 Two people were injured after equipment exploded in a Northeast D.C. hospital Thursday afternoon, and first responders are still at the scene.

D.C. Fire and EMS were called to the BridgePoint Hospital Capitol Hill, on 7th Street in Northeast, at about 12:35 p.m.

The equipment explosion occurred near a chimney shaft, and the force of the blast swelled up the shaft, causing damage to several floors, according to D.C. Fire and EMS.

The two who were injured were not patients, and Donnelly said he believes that the pair were members of the hospital’s staff, though that has not been confirmed.

“At this point, we’re working closely with the hospital to determine the safe areas in the hospital,” Donnelly said.

D.C. Fire and EMS initially said via Twitter that a generator fell through several floors into the basement, multiple people were injured and there could have been a partial collapse of the floors. They later said the report of a generator falling was “incorrect,” and added that there were “no structural stability issues.”

Donnelly attributes the confusion to the fact that areas near the chimney shaft on every floor of the building showed signs of damage, giving the impression that the explosion could have taken place at the top.

Fire marshals are still investigating to determine the cause of the explosion, but Donnelly said it was too early to confirm or deny if the initial reports of a generator explosion were accurate.