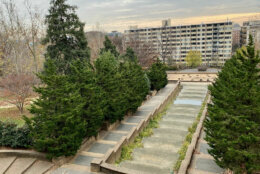 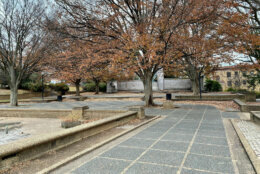 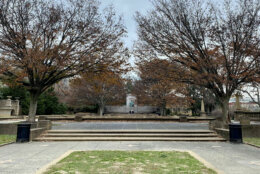 One of D.C.’s iconic parks is set for a makeover.

The National Park Service announced Wednesday that it will rehabilitate the lower level of Meridian Hill Park, also known as Malcolm X Park, to repair damaged walls, walkways and stairs, and to create a wheelchair-accessible entrance.

The work, which begins this week, requires closing the entire lower plaza level of the two-tiered park to the public until work is completed in the summer of 2022.

The park, which stretches across a dozen acres between 16th and 15th streets in Northwest D.C., is a neighborhood gathering spot popular for picnics and a well-known Sunday afternoon drum circle. During the coronavirus pandemic’s closure of gyms and fitness studios, the park has even regularly hosted outdoor workout groups.

Katie Liming, a park service spokeswoman, said there will be plenty of signage letting visitors know which parts of the park are off-limits and that the upper level of the park will remain open throughout the work.

“We do recognize that a lot more people are getting outside and are using our parks than ever before, which is great, and we hope that this construction won’t prohibit too much recreation in the park,” Liming said. “There’s still going to be a lot of space to meet and gather safely outside.”

The park is home to a massive cascading fountain and statuary, and a unique combination of neoclassical architectural styles. Much of the park’s walkways and standing structures — including on the lower level — are outfitted in what’s known as decorative exposed aggregate concrete, which is identified by its pebbled appearance. The park was one of earliest examples of the style.

In addition to refurbishing the lower level, crews will also be updating the landscaping, removing what it calls hazardous trees, and restoring shrubs to reflect the park’s historic landscape plan.

Part of the landscaping plan includes a frame that will allow trees to be trained and trimmed into an archway pattern, known as a pleached allée.

The tree archway, which was part of the original landscape design though never realized, will frame a distant view of the Washington Monument, which can be seen from the top of the park.

During the rehab project, crews will also update storm drains and inlets, but the work does not include repairs to the park’s temperamental cascading fountain, which has been beset by leaks and a faulty pump in recent years.

The park service said fountain repairs are expected to be included in a future project, and the agency is working to find money to support it.

The park land, which sits exactly due north of the White House, was once the site of a mansion and served as an encampment during the Civil War before construction began in 1914. It was designated a national historic landmark in 1994.