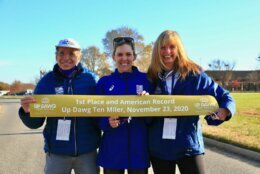 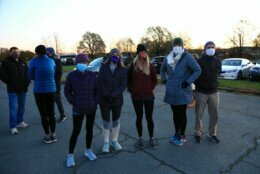 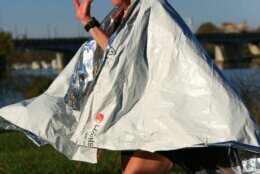 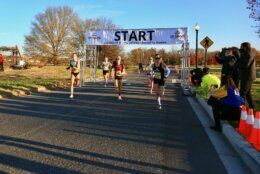 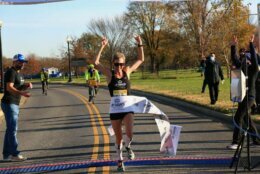 The U.S. women’s 10-mile race record was set in D.C. by a mother who resumed her running career after an injury and started a family years ago.

Keira D’Amato, 36, drove up from the Richmond, Virginia, area to run the Up Dawg Ten Miler in Anacostia Park on Tuesday morning, making history in a race that had virtually no spectators aside from close family and friends.

D’Amato finished the race in 51 minutes, 23 seconds, almost a full minute faster than the one set by Janet Bawcom at the 2014 Credit Union Cherry Blossom 10 Mile Run.

The event was livestreamed, and the camera captured the dramatic, emotional conclusion when D’Amato crossed the finish line and collapsed into her waiting husband’s arms.

“I can’t believe it. It still feels a little surreal,” D’Amato said.

Well that was the coolest thing in 2020. So insanely hyped for @KeiraDAmato – American Record Holder. pic.twitter.com/CseHfQzxSk

Six years ago, D’Amato was holding the tape at the finish line when Bawcom set her own record.

D’Amato said her journey to her own record-breaking moment was just as unconventional as the Tuesday morning race itself, which had few onlookers.

The race location was undisclosed until the start of the race because of COVID-19 concerns about large crowds gathering.

D’Amato began her running career at Oakton High School in Vienna. From there, she went on to become a Division 1 runner at American University.

Shortly after graduation, D’Amato suffered a running injury that sidelined her career. Over the next decade, D’Amato started a family but got the itch to resume her passion.

“I realized, ‘You only live once, let’s go after this,'” D’Amato said. “All that unfinished business. Let’s see what I can do.”

In fact, D’Amato still has unfinished business and isn’t stopping with the record. Her next goal? To make it into the Olympics.

“The [U.S.] track trials are held next year in June in Eugene, Oregon,” D’Amato said. “The top three women in the 5k and 10k make the team, so I still have a shot.”