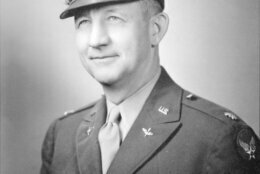 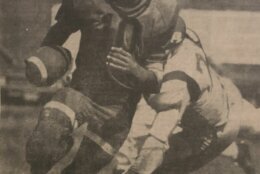 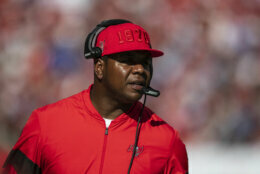 Some local sports standouts are being inducted into the District of Columbia State Athletic Association (DCSAA) High School Hall of Fame.

“This is just an awesome class,” said Clark Ray, executive director of the DCSAA, which is the governing body for high school sports in the District.

The 10 inductees for 2020 include George Leftwich, a star basketball player at Archbishop Carroll High School, who spent his 50-plus year career as a coach and administrator.

“Of course, everybody knows about the Carroll team” that won 55 straight games between 1958 and 1960, Leftwich told WTOP.

“That’s a perfect honor. I’m happy to be with him. He’s an old teammate and good friend,” Leftwich said.

Byron Leftwich — no relation to George Leftwich — was a three-sport athlete at H.D. Woodson High who went onto become a first-round National Football League pick and now serves as offensive coordinator for the Tampa Bay Buccaneers.

Other honorees include Sheila Ingram, who graduated from Coolidge High and won a silver medal as part of the 4×400-meter relay at the Montreal 1976 Olympic Games, and Cornelius Greene, a three-sport letter winner at Dunbar High who played quarterback at Ohio State University and who now coaches at St. Albans School.