“We have zero revenue, enormous overhead and no view into the future,” said Audrey Fix Schaefer, spokeswoman for the 9:30 Club, The Anthem, the Lincoln Theatre and Merriweather Post Pavilion.

She said that D.C.’s small concert venues are shut down by the government until there’s a vaccine and that they will fold without help from Congress.

“You cannot have these kinds of rents here without an income. It’s just not workable,” Fix Schaefer said.

Fix Schaefer is also the director of communications for the National Independent Venue Association, which was started when the pandemic hit.

She said according to a survey of NIVA members, 90% of independent venues report they will close permanently in a few months without federal funding.

The Save Our Stages Act introduced in the Senate in late July would establish a $10 billion grant program to help independent concert venues. The Restart Act would give concert venues more flexibility in using loaned funds and offer loan forgiveness based on lost income.

And the impact could include local businesses that also depend on revenue from shows like restaurants, bars and hotels.

“The community needs us to be able to survive this as well because of what we bring in terms of foot traffic for them,” said Fix Schaefer.

The Eighteenth Street Lounge announced in June that the popular venue was closing permanently.

Additionally, the NIVA said that tour routes would be greatly impacted by the closure of certain music venues as major markets are connected. 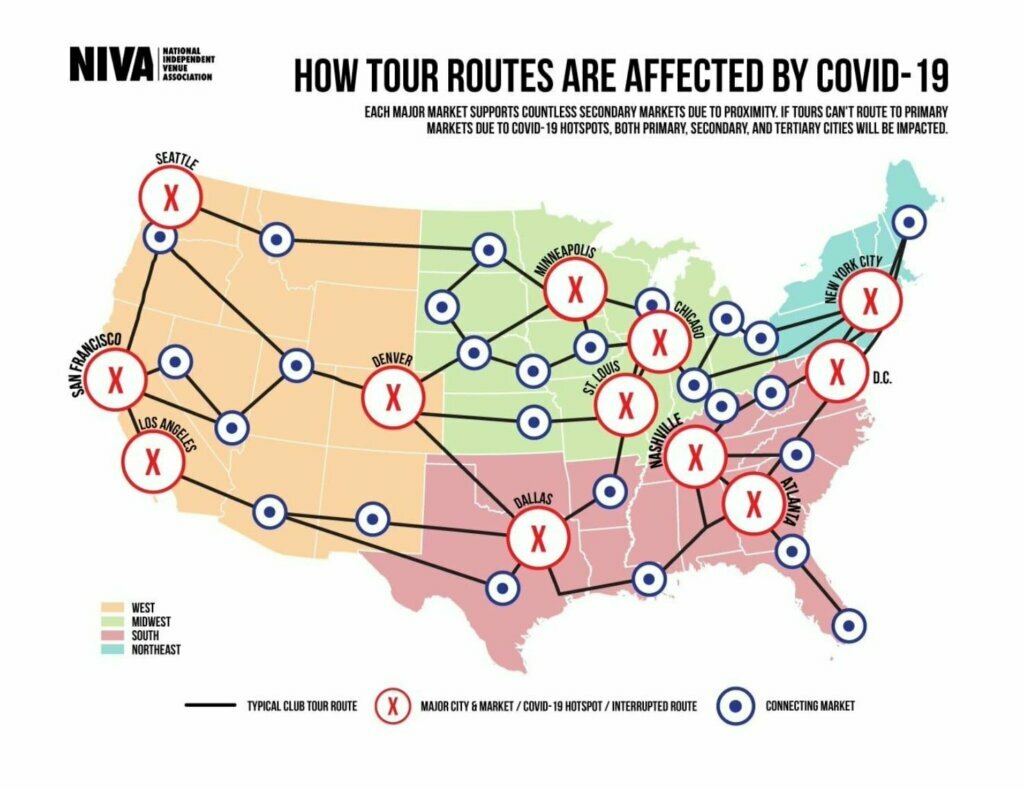 She said that action needs to be taken before Congress goes on recess in August.