If you’ve been riding your bike more often during the coronavirus pandemic, and enjoying minimal traffic as you zip from one end of the District to another, you’ll be glad to know D.C. will be installing car-free lanes in three key locations later this month.

The car-free lanes are primarily for bus use during peak hours, but will also be available for use by cyclists.

The new lane locations are:

The District announced the plan in a news release July 9.

The three new car-free corridors are in addition to DDOT’s Bus Priority Program lanes on H and I streets and 14th Street Northwest that are already in use, and the 16th Street Northwest lanes scheduled to be constructed later this summer. 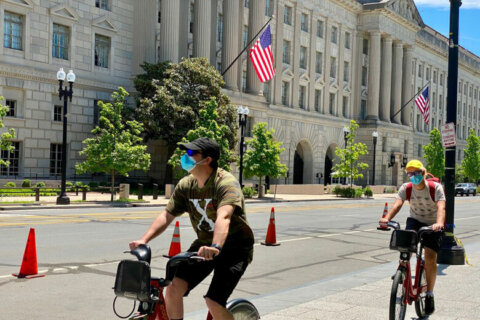 Bikeshare, new bike lanes make DC one of the best cycling cities in US