The D.C. National Guard's commanding general plans to investigate how its helicopters were used to harass protesters on the streets of the District on Monday night, affirming citizens' "right to protest."
Listen now to WTOP News WTOP.com | Alexa | Google Home | WTOP App | 103.5 FM

Just before 9 p.m. on Tuesday night, the D.C. National Guard made its first original tweet since early March, asserting that its Commanding General, Maj. Gen. William J. Walker, will investigate why its helicopters were used to suppress protests in the District on June 1.

DCNG Commanding General has directed an investigation into the actions of our rotary aviation assets June 1. Our priority is the safety of our Guardsmen who support civil authorities. We are dedicated to ensuring the safety of citizens and their right to protest.

The sounds of helicopters have been present in D.C. since protests prompted by the death of Minneapolis man George Floyd started Friday, May 29. However, Monday night was different, as National Guard helicopters made numerous passes through the District, hovering close to the ground in areas where protesters had gathered.

Other news reports from June 1 said the helicopter Bensen saw was not the only one using this crowd-dispersal tactic in D.C.

The message from the National Guard closed with this point: “We are dedicated to ensuring the safety of citizens and their right to protest.” 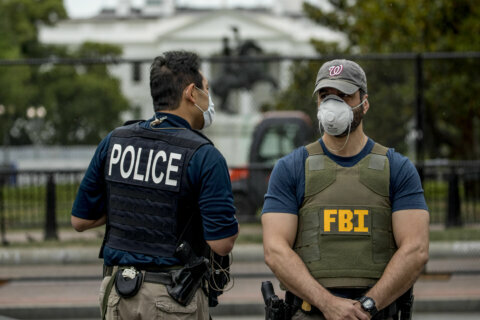