With people at home due to the coronavirus crisis, wildlife roams into DC

With fewer people out and about due to the stay-at-home order in D.C., animals are taking advantage of the extra elbow room. You might see a turkey walking down the street or a hawk hunting rodents in an alley.
Listen now to WTOP News WTOP.com | Alexa | Google Home | WTOP App | 103.5 FM
(1/7) 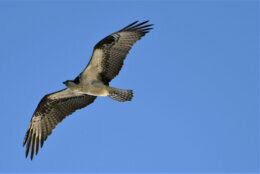 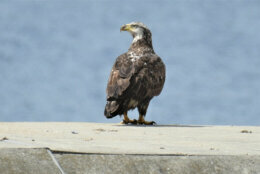 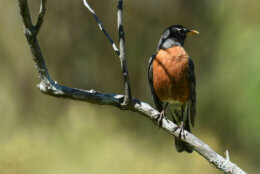 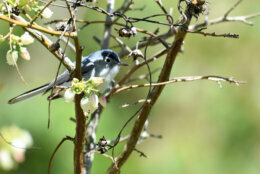 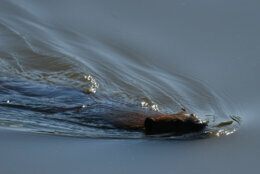 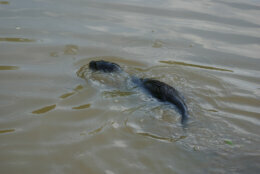 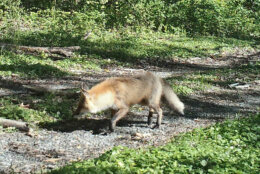 D.C.’s stay at home order during the coronavirus pandemic has left fewer people on the roads and walking down the streets and area wildlife is taking advantage of the extra space.

“Since we’re not on our roadways or not out in our neighborhood as much, the wildlife is starting to move into them,” said Dan Rauch, a fisheries and wildlife biologist for the D.C. Department of Energy and the Environment.

Since the orders took effect, Rauch said the city has seen more calls for wildlife.

Most of the animals have been around, but are not always seen.

Among the sightings are for foxes, coyotes and wild turkeys.

“For people seeing those [animals] walking up their sidewalks, or walking down the street, that’s quite a sight to see,” Rauch said.

The turkeys and other animals usually stick to the city’s wooded areas and parks during the day.

But without people frightening them away, they’re exploring a bit more right now.

Along the waterways, a decrease in boat traffic has led to more river otter sightings.

Rauch said don’t be surprised to see a muskrat or beaver in those areas too.

A red-tailed hawk got some attention in one Capitol Hill neighborhood, as it feasted on rodents.

“So that’s kind of fun, to have such a large raptor hanging on your alley taking care of your rat problem,” Rauch said.

With neighboring parks in Virginia and Maryland also closed, Rauch said it is also possible to hear about a black bear sighting.

“I wouldn’t be surprised if a black bear maybe came to the edge, or into the District,” he said.

Rauch said one thing he noticed is some of the sightings come from people who are not normally home during the day to see the area’s wildlife in their own backyard.

“They’re going to see that groundhog that has been munching on the grass in their backyard or going to see a fox which maybe has a den playing with kits up on a hill nearby in one of the parks.” Rauch said.