“Today we’re going to let the world know that go-go is D.C.,” Bowser told a crowd at Culture House D.C. in Southwest. “Go-go is our native language.”

Once the bill becomes law, Bowser will have 240 days to come up with a plan to support, preserve and archive go-go music and its history and submit the plan to D.C. Council.

Last spring, a Metro PCS and CD store at 7th Street and Florida Avenue NW that had played go-go music on outdoor speakers for 24 years was told by corporate owner T-Mobile to silence the tunes because a resident of a new apartment building nearby had threatened to sue.

That spawned the #DontMuteDC movement – featuring musical protests, a petition drive and social media campaign – that eventually led to the music’s restoration.

Council member Kenyan McDuffie, who introduced the bill, recognized the creators of #DontMuteDC. 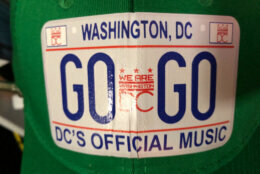 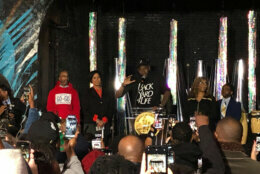 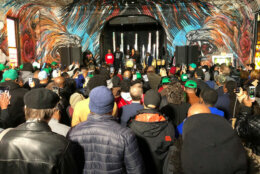 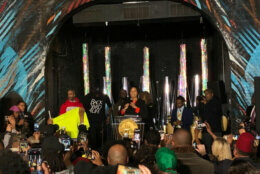 “They helped amplify for the world what it means if you try to shut down go-go music. Go-go will not be muted,” he said.

McDuffie also gave a shoutout to the late “Godfather of Go-Go,” Chuck Brown, who died in 2012.

“He’s not here today but he’s looking down on us, saying we got it right,” McDuffie said, before leading the crowd after a count of three to chant: “Wind me up, Chuck!”

Anwan Glover, a founding member of D.C. go-go band Backyard Band and an actor, pledged to do his best to keep the genre alive.

“We’re working super hard to keep doing what we’re doing and making these records and showing everybody in the world that we are go-go in our city,” he told the crowd. 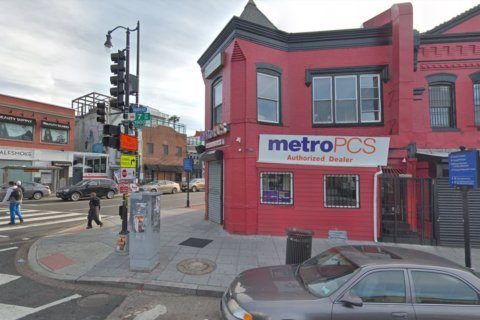