Large crowds of abortion rights opponents began streaming toward the National Mall Friday morning for the 47th annual March for Life, which is set to include a rally, a march and — for the first time — an address by the U.S. president.
Listen now to WTOP News WTOP.com | Alexa | Google Home | WTOP App | 103.5 FM
(1/15) 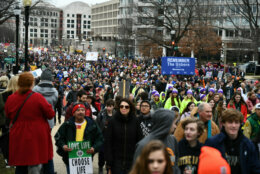 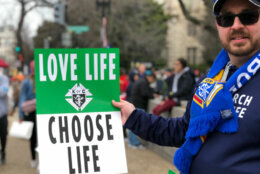 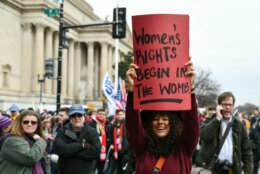 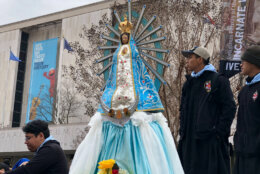 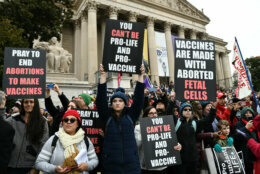 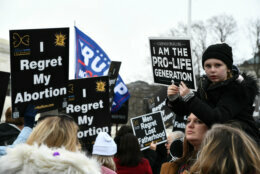 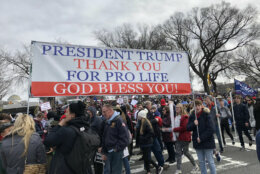 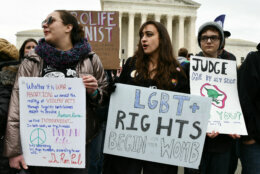 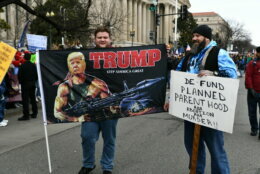 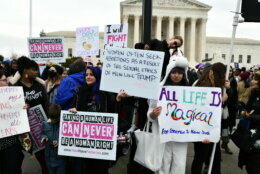 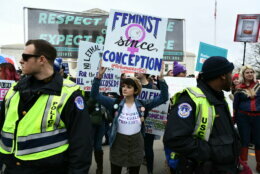 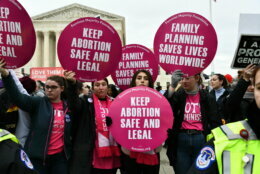 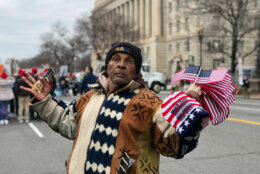 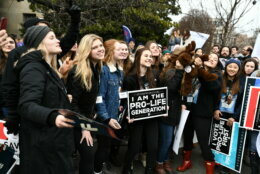 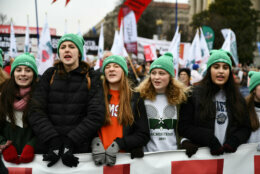 Large crowds of abortion rights opponents streamed toward the National Mall Friday morning for the 47th annual March for Life event, which included — for the first time — an address by the U.S. president.

President Donald Trump announced on Twitter earlier this week he would attend, making him the first sitting president to be at the rally in person. In past years, he has sent members of his administration and spoken via a video link.

“Unborn children have never had a stronger defender in the White House,” Trump said to cheers from the crowd, pointing to two Supreme Court justices and dozens of federal judges he has nominated in his three years in office.

Trump is famously a late convert to the anti-abortion-rights cause. Four years ago, a political committee supporting one of Trump’s Republican rivals unveiled an ad slamming his views on abortion, complete with footage from a 1999 interview in which he declared, “I am pro-choice in every respect.”

In his speech Friday, Trump addressed the crowd for about 15 minutes, attacking Democrats for embracing what he labeled “radical and extreme positions” on abortion. At one point saying, “What is going on in Virginia?” before referencing remarks Virginia Gov. Ralph Northam made last winter about late-term abortions that some Republicans said amounted to supporting infanticide.

Attendees said Trump’s presence at the event was important.

“The president being here means a great deal,” said Amy Devore, who traveled with her husband, Drue, from Mount Airy, North Carolina. “We actually now have a president that is standing behind the right to life and … is fully supportive of it.”

Aimee Reehoff from Waukesha, Wisconsin, said: “I think it’s really important that Donald Trump is actually addressing the March for Life this year — he’s the first president to do so. And so that’s, I think, pretty historic.”

Past presidents who opposed abortion, including Ronald Reagan and George W. Bush, steered clear of personally attending the march to avoid being too closely associated with demonstrators eager to outlaw the procedure. They sent remarks for others to deliver, spoke via telephone hookup or invited organizers to the White House — but never appeared at the march.

The president’s remarks were followed by a march up Constitution Avenue.

This year’s rally saw stepped-up security due to the president’s presence. Large crowds began gathering at a Secret Service security checkpoint on the Mall — at 14th Street Northwest between Madison and Jefferson drives — to pass through magnetometers.

There are several streets in downtown D.C. closed for the event, as well as parking restrictions and Metro changes. Most of the closures last until 3 p.m.

You can find out more about those, and about the event, on WTOP’s FAQ page.

The March for Life marks the 47th anniversary of Roe vs. Wade, the Supreme Court decision that legalized abortion nationwide. Organizers consider abortion a human-rights violation. For more information on the event, check the organizers’ website.