The driver of the car that struck and killed a teenager in an apparent hit-and-run Thursday in Southeast D.C. has been arrested.
Listen now to WTOP News WTOP.com | Alexa | Google Home | WTOP App | 103.5 FM
(1/5) 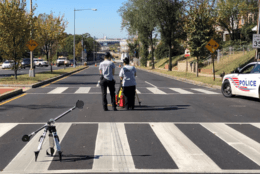 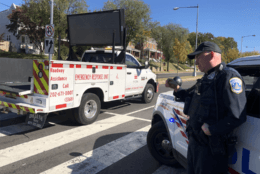 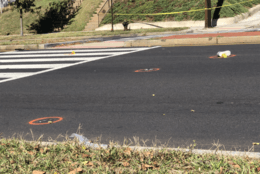 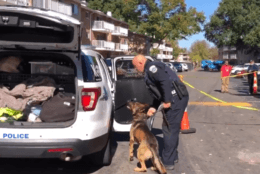 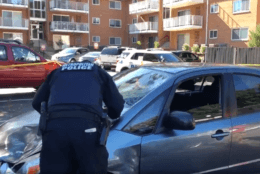 The driver of the car that struck and killed a teenager in an apparent hit-and-run Thursday in Southeast D.C. has been arrested, according to police.

It happened around 9:30 a.m. near the Benning Stoddert Recreation Center on East Capitol Street SE.

The victim, identified as 15-year-old Amoni Richardson, of Southeast, was crossing the street outside of a marked crosswalk when she was hit by a car traveling eastbound on East Capitol Street. She was taken to the hospital for severe injuries, where she was pronounced dead.

The driver, who police say is a 17-year-old boy from Northeast, then fled the scene. Police later located a heavily damaged car a half-mile away in an apartment complex’s parking lot, and conducted a K9 search of the area.

The suspect has been arrested on a charge of murder.

The investigation shut down traffic on East Capitol from 40th Street to Benning Road. The area of the incident is shown in the map below.

WTOP’s Kristi King, who reported from D.C., and Michelle Basch contributed to this report. 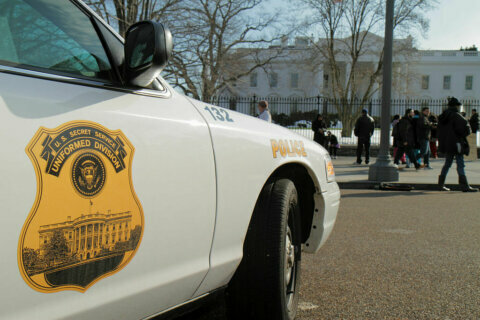