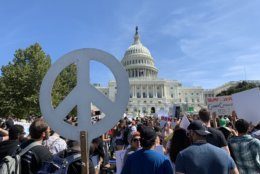 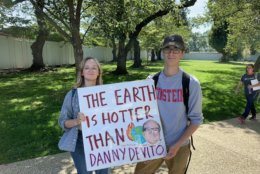 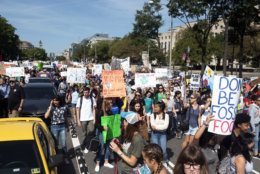 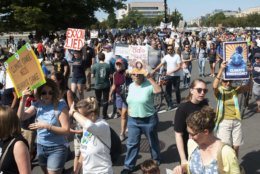 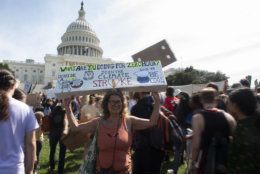 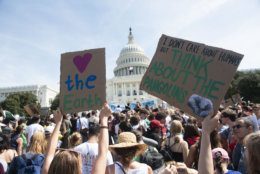 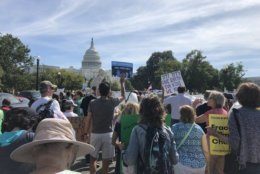 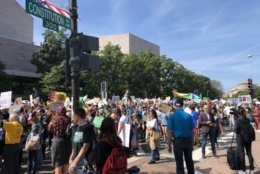 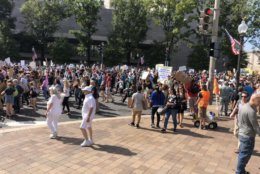 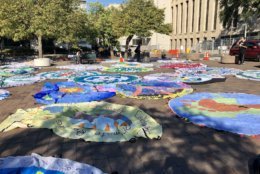 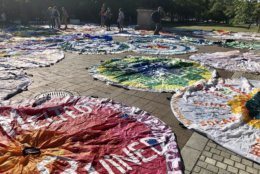 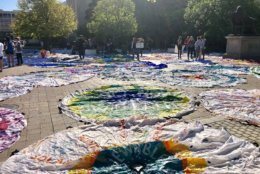 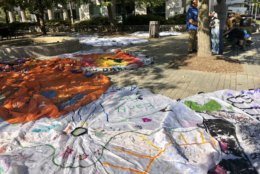 Protesters are gathering outside the White House Friday morning as part of the Global Climate Strike, designed to call attention to the problems facing the environment, particularly global warming.

Marchers gathered outside the Newseum, in downtown D.C., with decorated parachutes to be taken to the Capitol.

Protesters with the D.C. Youth Climate Strike marched to Capitol Hill to call for an eventual end to the use of fossil fuels.

Many of the protesters are students on “strike” from school to call attention to global warming and other climate problems. D.C.-area school systems contacted by WTOP said such students are being given unexcused absences.

Sam Schmidt, a seventh-grader from Takoma Park Middle School, didn’t care about that. “There’s no point in preparing for a future that doesn’t exist,” he said. “My education would be obsolete if the planet’s on fire,” said Millie, 16, of Silver Spring.

Eleanor Clemans-Cope, 15, a sophomore from Richard Montgomery High School, said, “We are all going to die if we don’t do something about this.”

She later said from the podium, “You know what sucks? That we’re out here doing what our parents and our politicians should have done 30 years ago. … You are not free to ignore this crisis.”

Speakers included Tokata Iron Eyes, 16, from the Standing Rock Nation, in North Dakota, who said, “We are privileged to be here [and] we need to be the ones to stand in for those who can’t be here with us.”

“The Earth gives us … everything we’ve ever needed,” she said. Why is it that humans have forgotten how to live with that?” She recommended looking at “indigenous ways of being, indigenous knowledge” to attack the problem.

Renaldo Pearson, a representative of Democracy 911, who had walked from Georgia to D.C., told the crowd that a critical component of repairing the climate depends on treating “the pre-existing condition of our … broken democracy.”

“The earth is hotter than Danny DeVito,” read the sign held by Frances, of Silver Spring.

Protests are happening across the region and the country, as well as around the world.

Organizers are calling for a week of protests, with the most ambitious scheduled for Monday, when the goal is to “shut down business as usual” in D.C.

WTOP’s Nick Iannelli and Mike Murillo contributed to this report. 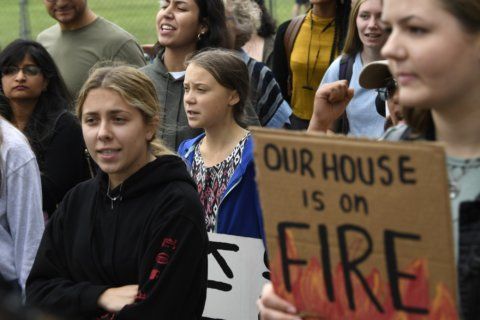