D.C. police arrested a suspect in the shooting of a man in the Third Street Tunnel on Interstate 395 in D.C. after a crash in late July.

D.C. police arrested a suspect in the shooting of a man in the Third Street Tunnel on Interstate 395 in D.C. after a crash in late July.

The July 30 shooting left a man with life-threatening injuries and closed sections of the roadway for hours while an investigation occurred. Now, police said the victim has significant injuries.

Daquan Brooks, 21, of no fixed address, was arrested Monday, police said Tuesday. Later Tuesday, police added that Brooks had been charged with assault with intent to kill while armed.

The shooting happened after the victim crashed into the back of a car in which Brooks was the passenger inside the tunnel.

Police Cmdr. Morgan Kane said in a July 30 news conference following the afternoon shooting that the situation quickly escalated from there.

“Folks exited their vehicle, there was an argument that occurred on the scene of the accident, and a gun was introduced to this argument. And our complainant was actually shot,” Kane said.

D.C. resident Mark Purvis was in the tunnel and said he witnessed the shooting. He said he saw a young woman get out of the suspect’s vehicle and went toward the striking vehicle, whose occupants were still inside. A few moments later, the passenger of the suspect vehicle got out.

Purvis said he then heard a pop, which sounded like a firecracker to him. He then saw the young man put a gun back in his pants.

Also Tuesday, police said Brooks faces a separate charge in connection to a July 15 shooting, which injured two victims, in the 4800 block of Benning Road Southeast. 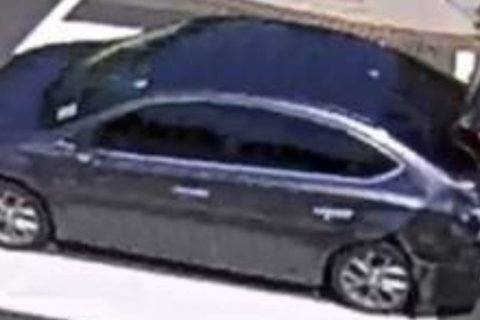