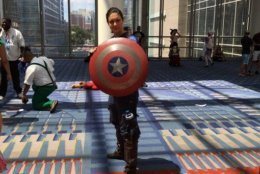 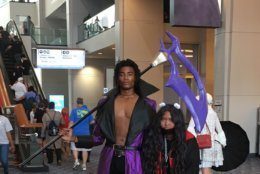 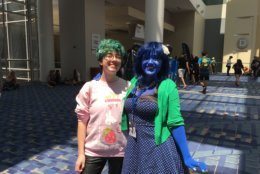 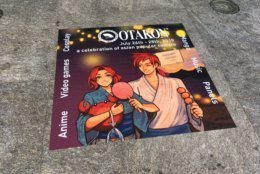 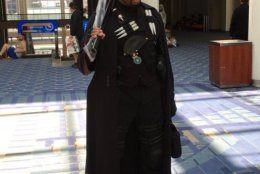 Fans of Asian pop culture convened in the District to celebrate anime, manga, music, movies, video games and more over the weekend.

This year’s Otakon has wrapped up, at the D.C. Convention Center, but its frequent visitors had a ball.

Yearly visitors include folks from the D.C. area as well as others who come from out of town. This year was the 25th anniversary of Otakon, which is described as the largest anime convention on the East Coast “for fans, by fans.” Otakon is run by the non-profit organization Otakorp, Inc., and is staffed by volunteers.

So what do the convention goers love most?

“The people, the panels and the dealers room, of course,” said Deniz Isik from Arlington, Virginia.

Isik was with a friend from Ohio who loves anime because of the characters.

“You can relate to them and you can build a bond with them,” said Brittany Hull from Ohio.

For others, it’s for “the community, for the people. I like getting into costume and interacting with people,” said Aisha El-Khatib of Virginia.

Aisha’s friend painted her face blue, part of her cosplay of Jester Lavorre from Critical Role.

“Otakon is mostly an anime convention but if you have any tangential interest — video games, D&D [Dungeons and Dragons], Marvel comics, superheroes, anything like that — so many people show up with costumes that have nothing to do with anime and people still love them,” said Mark Miles of Arlington County, Virginia.

Miles was dressed as Gordon from Under Night In-Birth. “It’s a fighting game,” he explains.

This was his fourth year at Otakon. His interest in anime started with his family.

“I’m excited about [Otakon] every year. People come in with different costumes from the newer animes and some people do legacy costumes with the older animes — and there’s never anything boring.”