A mother rescued from a raging Northeast D.C. house fire on Tuesday morning has died from her injuries.
(1/5) 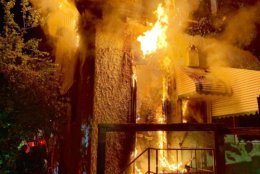 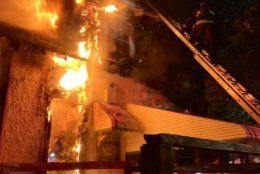 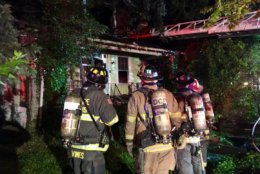 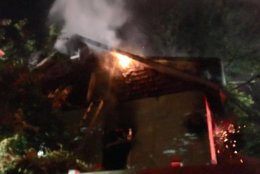 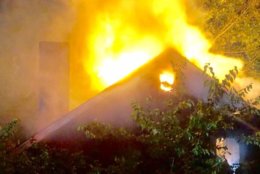 A mother rescued from a raging Northeast D.C. house fire on Tuesday morning has died from her injuries.

D.C. Fire & EMS responded to a fire that had overwhelmed a two-story home in the 2200 block of Lawrence Street, NE, near Rhode Island Avenue before 4 a.m. Tuesday, the department said.

Photos tweeted by the fire department showed firefighters battling towering flames, which had completely engulfed both of the small residence’s floors including the attic.

A video from the scene showed extensive damage:

Firefighters removed the woman from the building and initially described her injuries as “very critical.” She died soon after, the department tweeted.

Her identity had not been made public as of Tuesday morning. She was in her 50s, D.C. Fire & EMS spokesman Vito Maggiolo told WTOP, adding first responders arrived to find her son standing in the front doorway. The son was not hurt.

Update 2200 block Lawrence St NE. Fire under control. Sadly, the female victim removed from the 2nd floor succumbed to her injuries. Our thoughts and prayers are with their family.

The cause of the blaze has not been determined. There were no working smoke alarms in the home, D.C. Fire said.

All lanes on South Dakota Avenue, NE reopened around 9 a.m. after an hours-long closure for the fire investigation.