Cellphones carried by people on and near the National Mall sounded a test alert, Saturday morning, and conveyed a text message: "This is a test of the District of Columbia Wireless Emergency Alert System. No action required."
Listen now to WTOP News WTOP.com | Alexa | Google Home | WTOP App | 103.5 FM

Cellphones carried by people on and near the National Mall sounded a test alert on Saturday morning, to test the safety precautions available ahead of the Fourth of July celebrations in the area.

“We did this test in preparation for July Fourth, just like we did previous tests in preparation, for example, the inauguration in 2017,” said Christopher White, Deputy Director of D.C. Homeland Security and Emergency Management Agency. “We were targeting the National Mall because that’s where the bulk of festivities on July Fourth will be taking place.”

“Bottom line, the test was successful. We had our operators in and out of the target area, the target area being the mall. The alert hit phones on the mall; it also hit some phones outside the target area. Bleed over is natural in tests like this,” White said.

Emergency planners are hoping to hear from cellphone users who received the test alert. In an online survey individuals are asked to specify where they were and what time they received the alert and on what type of cellphone or digital device.

Details and a schedule of events were released earlier this week for President Donald Trump’s “Salute to America” celebration on the National Mall, set for July 4. 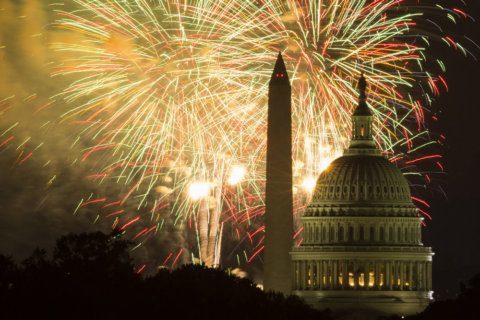 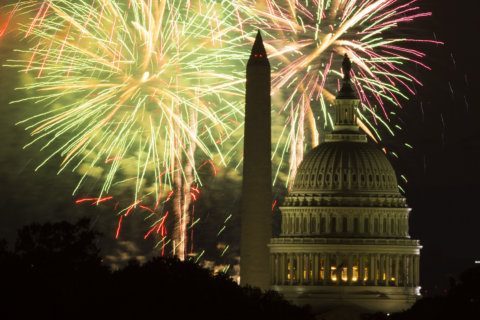