In the park dedicated to the memory of the nine people killed and 80 wounded in the June 22, 2009, Red Line crash, relatives gathered to recall their loved ones, and push for continued safety improvements on the transit system.
Listen now to WTOP News WTOP.com | Alexa | Google Home | WTOP App | 103.5 FM
WTOP/Kate Ryan
(1/5) 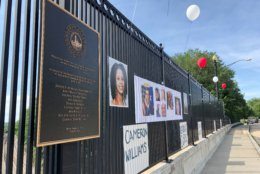 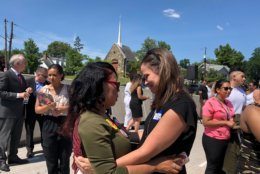 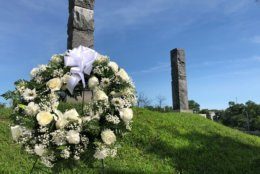 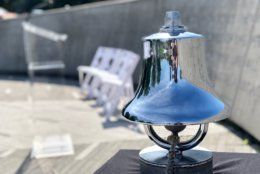 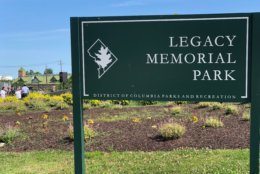 In the park dedicated to the memory of the nine people killed and 80 wounded on June 22, 2009, relatives gathered to recall their loved ones and push for continued safety improvements on the transit system.

Kenneth Hawkins’ brother Dennis, who worked as an instructional aide at a local public school, was on the Red Line train after a full day of classes and was headed to teach adult Bible school when the crash occurred.

Hawkins said he’s at peace with his brother’s loss, but the 2009 crash underscored Metro’s safety failures.

“The question we need to be asking ourselves is: ‘Do we want to continue to build monuments memorializing individuals from tragic accidents, or go to preventive mode?’” Hawkins said. He emphasized the issue isn’t Metro’s alone, but that safety should be a top priority in the nation’s infrastructure network. “It’s not a Metro thing, it’s a ‘we’ thing” Hawkins said.

Betsy Wherley was a new mother when her parents, Ann and David F. Wherley, Jr. were killed in the Metro crash. Her oldest daughter is now 10 and her young son never knew his grandparents.

Wherley, who lives in South Carolina, explained she’d visited the Legacy Memorial Park with its nine columns and benches back in October. “And I was so sad. Because it was in disrepair,” she recalled.

Wherley said she thought at the time “It’s true! No one does remember. No one remembers.”

But during Saturday’s ceremony in the spruced up park, Wherley said she was happy to see the turnout on the 10th anniversary of the crash. She urged the other families to keep coming back each year.

“Because we will always remember.”

Tawanda Brown’s 23-year-old daughter, Lavonda “Nikki” King, had just opened up her own salon when she was killed. Brown wore brightly colored buttons and pins, one that said “Ask Me About It,” a prompt for people to ask about her daughter, described by one aunt as “a real go-getter.”

Brown said the passage of time didn’t take away all the hurt.

“It’s been 10 years, and we know that time waits for no one,” Brown said. “And when you lose someone, that stays.”

Carolyn Jenkins’ daughter Veronica Dubose also left behind children, a son, Raja Williams, now 18 and Ava Dubose, now 11. Ava read a poem for her mother and ended with the line, “My heart is still broken, but you didn’t go alone. A part of me went with you the day God took you home.”

“We Washingtonians will never forget what happened that day,” Bowser said. “We share our strength and love with all the survivors and all the friends and families of the victims.”

Afterward, Bowser and Weidefeld were asked about the continued issues of safety within the Metro system. She said the 2009 crash “was a huge jolt” to the public’s sense of safety on the transit system.

“I think that’s why we have all been focused on a plan and funding that plan” she said, referring to efforts to improve safety. “But we have to make up a lot of work that was not done.”

Weidefeld said the work to restore a “culture of safety” at Metro continues, and that he asks employees “Just think of the most vulnerable person in your life, and put them in that spot. And the decisions get pretty easy after that.”

Bottom line, said Wiedefeld “The system is safe, but we need to do a lot more work.”

Wiedefeld was asked if the system is close to returning to automated train control, to which he responded, “Not yet. Again, we will not do anything until we feel comfortable.” Asked if there’s a timeline to return to ATC, Weidefeld said, “No, the timeline is: When it’s safe.” 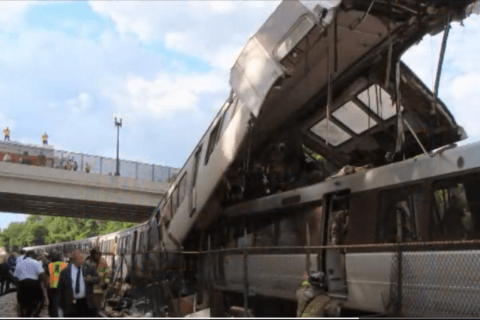 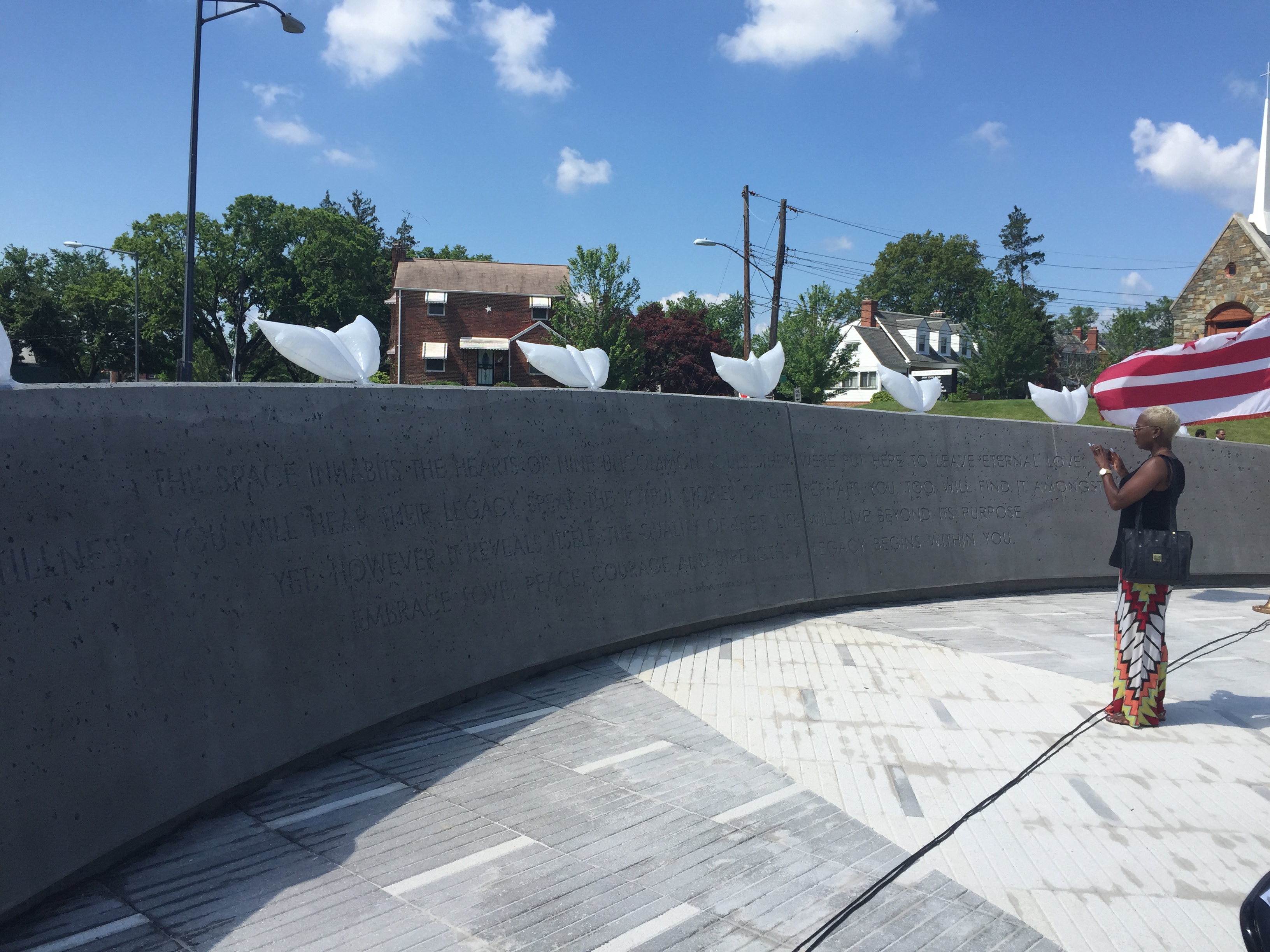