Averaging out the top 100 largest cities in America, a one bedroom rents for under $1,400 a month — up a modest 4.3% in the last year. But that's a minor increase compared to what some D.C. neighborhoods have seen.
Listen now to WTOP News WTOP.com | Alexa | Google Home | WTOP App | 103.5 FM

Averaging out the top 100 largest cities in America, a one bedroom rents for under $1,400 a month — up a modest 4.3% in the last year. But that’s a minor increase compared to what some D.C. neighborhoods have seen.

A new study done by Rent.com took a look at where rents in the city have climbed the most between March of 2018 and March of this year. It found that the cost of renting a one-bedroom apartment in Foggy Bottom rose at a higher rate than in any other neighborhood. There, rents have rocketed up 31.3% so that it now costs, on average, $2,824 a month for a one-bedroom apartment.

The second biggest jump in rents came one neighborhood over, in D.C.’s West End. There, a one-bedroom will cost an average of $3,513 a month. That’s up 25.5% since last year.

In nearby neighborhoods like Woodley Park and Cleveland Park, the cost of a one-bedroom apartment is less than the overall average in the city, but it seems like those neighborhoods are trying to catch up. Woodley Park saw the third highest spike in rents, up 25.2% in the past year to $2,344 a month, just under the overall average. Cleveland Park rents shot up 12.4% from last year, bringing the average cost of a one-bedroom apartment to $1,981 a month.

The fifth biggest jump in rents was seen along the Southwest Waterfront, where rents increased by 12.1% last year, to an average of $2,587.

Nationally, a one-bedroom apartment in America’s 100 largest cities averages out to $1,362, an increase of just 4.3%. In the northeast, the average increase came out to 6.1%.

The best deals in the northeastern states were found in Buffalo, New York, where a one-bedroom runs $1,222 on average. The study notes it’s no surprise that places like Buffalo and Pittsburgh, cities with the lowest rents among those in northeastern states, were also adjacent to the states in the Midwest regions, as opposed to D.C., New York City, and its associated suburbs. 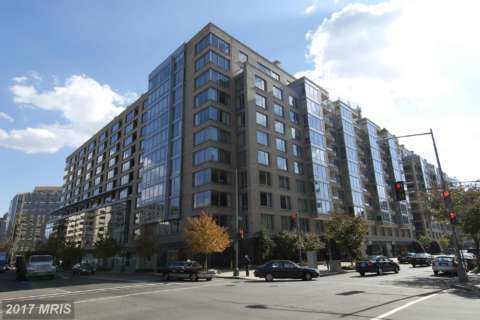 This ZIP code is home to DC’s most expensive rentals