For its 2019 edition, D.C.’s Funk Parade boasts an expanded format and a new sponsor, but keeps its focus on the District’s long history of music and arts on and around U Street.
Listen now to WTOP News WTOP.com | Alexa | Google Home | WTOP App | 103.5 FM

For its 2019 edition, D.C.’s Funk Parade boasts an expanded format and a new sponsor, but keeps its focus on the District’s long history of music and arts on and around U Street NW.

“I think the event is really becoming what it was supposed to be — a sprawling celebration of everything we love about the city, ” said Jeff Tribble, executive director of The MusicianShip.

The MusicianShip is a nonprofit that runs after-school and summer music programs for children in need. Lately, the group has greatly expanded the scope of the funk festivities.

The Funk Parade itself happens Saturday from 5 to 6 p.m. at the center of a day’s worth of musical events in and around the U Street area. Mayor Muriel Bowser will lead a collection of marching bands, bucket drummers, roller girls and just plain folks on a musical journey from the iconic Howard Theatre at 620 T St. NW to the historic Lincoln Theatre at 1215 U St. NW.

The festivities begin days before the parade with the Academy of Funk, a suite of discussions and classes presented by Knowledge Commons beginning Tuesday. Themes include Afro-Latin dance, fundamentals of West African drumming and a talk on Parliament Funkadelic’s Mothership.

Saturday kicks off with the #DontMuteDC Conference at U Street Music Hall, an event Tribble called a discussion on “the attempt to suppress art and creativity” and the underlying “gentrification and responsible development and displacement.” It’s inspired by last month’s controversy over go-go music at a T-Mobile store on at 7th Street and Florida Avenue in Shaw.

Music begins at 1 p.m., pauses for the parade itself at 5 and picks back up at 6, running all hours in and around the U Street area. See the full schedule on the Funk Parade website. 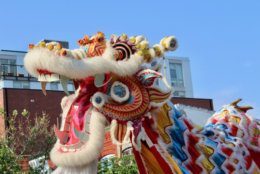 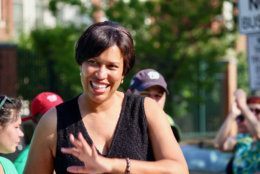 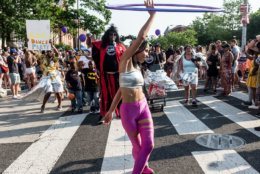 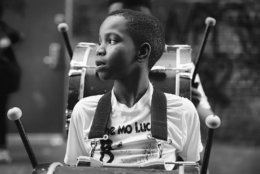 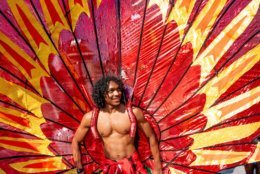 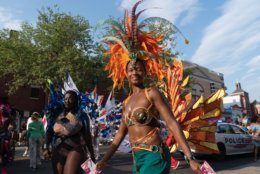 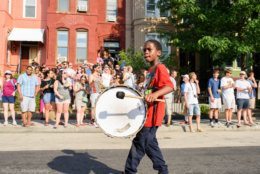 Justin Rood literally dreamed up the Funk Parade. He was living around 15th and U streets in Northwest D.C. when he “dreamed of this parade that took place around twilight on a Saturday afternoon down U Street,” he said last week.

His dream parade was led by musicians and dancers. “Everyone and their brother came out and joined it,” he dreamed, then the parade dispersed into a nighttime live-music festival in the clubs that dot the area.

When he woke up, Rood started telling friends about his idea. They pointed him to a number of people who could help, including Chris Naoum of the live-music advocacy group Listen Local First, and just like that, the Funk Parade was born.

Of course, the idea of a parade and celebration on U Street is much older than the parade, now in its seventh year. U Street used to be known as Black Broadway, and Rood said there’s still a higher concentration of live-music clubs in the neighborhood than anywhere else in D.C.

The parade also has a long historical precedent, including the Howard University Homecoming Parade and spontaneous celebrations as far back as V-J Day. “So many of the important parades of the 1800s and 1900s went down U Street,” Rood said. “It’s a natural home for this event.”

Even with all the new events and stages, the march is still the focus of the Funk Parade, and Tribble and Rood both said marching bands occupy a special place.

Tribble said the marching band format is ideal for The MusicianShip’s work: “High-impact ensembles, where we can work with as many young people as possible — marching band is a vehicle that lends itself to [that].”

Tribble, a Chicago native who went to George Washington University Law School, said, “I knew I wanted to be a social engineer, but I wasn’t sure how. And I went back to my roots.”

Music was “really impactful” in his childhood, he said, teaching him discipline, self-esteem and confidence. He called music “an extraordinary platform on which young people can be successful in other areas of life as well.”

Rood said the Funk Parade outgrew him and the band of volunteers he assembled each year, and he’s glad to hand it off to Tribble’s group: “Their mission and their values are so aligned with what Funk Parade is about. … I’m really excited to see what they do with the event this year.”