The acting head of the National Park Service said the agency is "not trying to do anything to take away First Amendment rights in this country, but we do look for ways to manage it."

The acting head of the National Park Service told Congress it could be three months before the agency decides whether to recover the costs of hosting thousands of protests held annually in the nation’s capital.

Park Service acting director Dan Smith told members of the House Natural Resources Committee, Wednesday, that “we are in the review phase of 180,000 comments received, 71,000 of them substantive,” during last year’s public input phase.

In August 2018 the park service announced it would be soliciting public comment on whether it should seek to recoup costs, while contemplating a clear, uniform set of parameters for First Amendment demonstrations in and around the National Mall, and President’s Park near the White House.

Rep. Debra Haaland, chair of the Subcommittee on National Parks, Forests, and Public Lands said she had been receiving letters from groups at all points of the political spectrum.

“They voiced concerns about the National Park Service’s attempt to impose cost recovery fees on those exercising free speech, and about attempts to limit protest space in front of the White House,” Haaland, D-N.M., told Smith.

“It isn’t often that we see such divergent groups agree, but they were unanimous in their request that the National Park Service withdraw these proposed changes.”

Smith responded the proposed regulation doesn’t propose that: “It simply asked the question of ‘what if that were to be considered,’ and to get public comment on it.”

“Believe me, we got public comment on it,” Smith said with a smile of understatement.

As the park service struggles to find funding to maintain public monuments and park lands — including parkways — “the (Trump) administration has imposed a fiscal year 2020 budget with 3,500 fewer full-time equivalent employees.”

“We’re not trying to do anything to take away the First Amendment right in this country, but we do look for ways to try to manage it.” 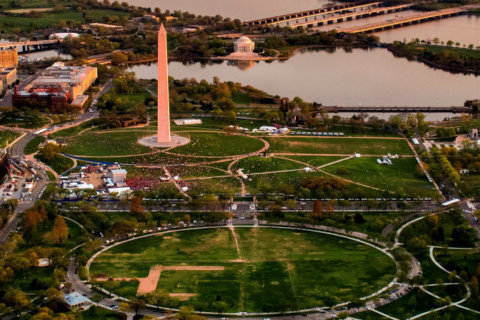