Advocacy groups have raised concerns about new protest fees being used to recover the costs of demonstrations on the National Mall, but the National Park Service says the idea is only in the earliest stages of being considered.
Listen now to WTOP News WTOP.com | Alexa | Google Home | WTOP App | 103.5 FM

WASHINGTON — Advocacy groups have raised concerns about new protest fees being used to recover the costs of demonstrations on the National Mall, but the National Park Service says the idea is only in the earliest stages of being considered.

The American Civil Liberties Union this week suggested the Trump Administration is trying to limit protests near the National Mall and the White House through new guidelines for demonstrations.

But a spokesman for the National Park Service stressed Friday that the fee concept is just that, and not something that will soon be implemented.

“We want to be clear that the idea of charging for First Amendment demonstrations is not in the proposal,” National Park Service spokesman Brent Everitt told WTOP. “The National Park Service is merely soliciting comments from the public on whether that is something we should explore, moving forward.”

The public has until Oct. 15 — Monday — to comment on the plans.

Everitt said NPS wants the public to let the agency know whether they think “cost recovery” related to protests should be considered in the future. If the public did indicate support for the idea, he noted another comment period and legal review would likely be done before consideration of a formal proposal — if one is made.

“So far we’re up to 7,600 comments,” Everitt said. “That’s absolutely what we’re looking for, because what we are trying to do at this point in the process is to have a genuine conversation with the public about updating our comprehensive plan that best facilitates the use and enjoyment of the National Mall.”

Any final decision would be made by NPS in consultation with the U.S. Department of the Interior.

The proposed guidelines were posted in mid-August; a 60-day comment period ends on Monday. The public comments will then be reviewed as the process moves forward. 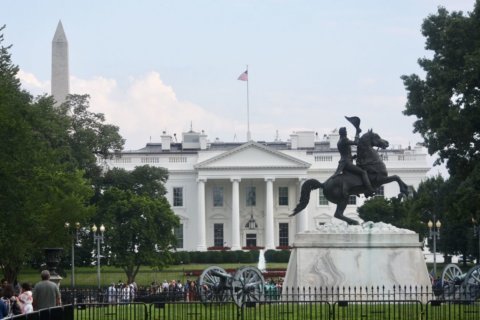