The Venezuelan embassy in Georgetown has become a microcosm of the political and social unrest that have gripped the South American nation since the heavily-disputed 2018 presidential elections.
Listen now to WTOP News WTOP.com | Alexa | Google Home | WTOP App | 103.5 FM

The Venezuelan embassy in Georgetown has become a microcosm of the political and social unrest that have gripped the South American nation since the heavily-disputed presidential elections of 2018 and subsequent inauguration of Nicolás Maduro. 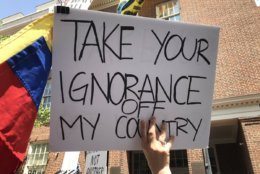 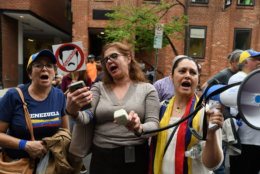 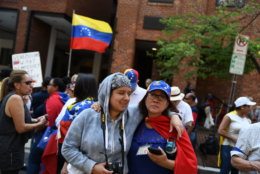 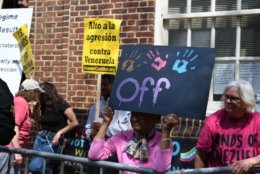 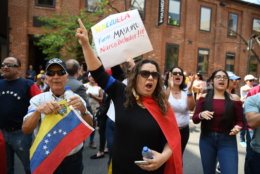 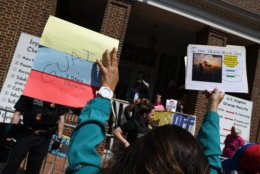 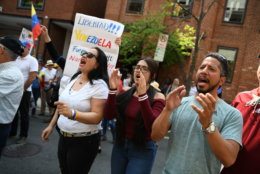 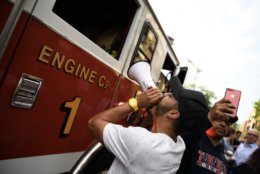 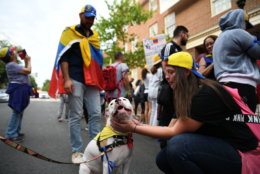 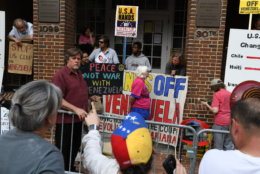 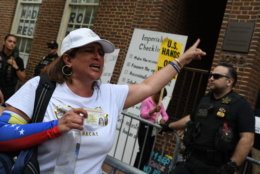 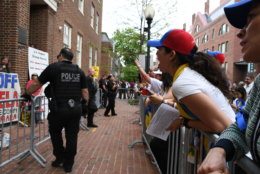 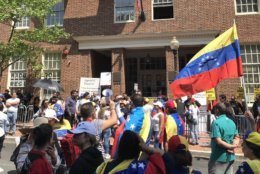 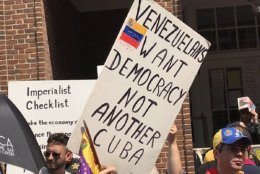 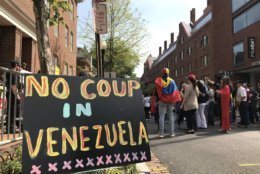 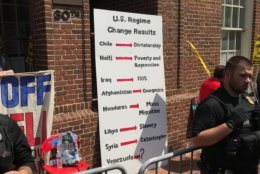 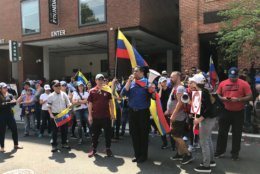 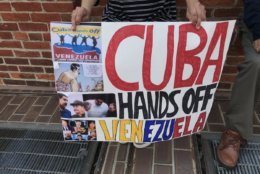 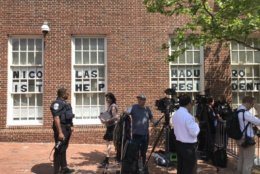 In early April, a group of pro-Maduro activists moved into the embassy as the embassy workers from Venezuela returned to their home country. Many of the activists are American members of the “Code Pink” protest group.

In a written statement posted on Code Pink’s website, the group outlined their plans for occupying the embassy.

“With the consent of the present Embassy staff, we have been guarding the Embassy 24/7, sleeping on couches, holding educational events every night, decorating the building with banners against US intervention, and have plans to paint a mural,” the statement reads.

Now, protesters who support opposition leader Juan Guaidó — who is recognized as the legitimate president of Venezuela by dozens of countries, including the United States — have began a counter protest in front of the embassy.

The pro-Maduro activists used a loudspeaker to tell the crowds surrounding the embassy that Maduro was the legitimate president and reiterated their claims that they were occupying the embassy legally and could not be removed.

I’m at the Venezuelan embassy at Georgetown, which has been taken over by antiwar protesters for +2 wks. Venezuelan opposition protesters are here saying “Hands off my embassy” and waving their Venezuelan passports and ID cards. Secret Service standing btw protest groups. pic.twitter.com/40gFrqehBu

Guaidó’s supporters surrounded the embassy, holding signs that declared Maduro an illegitimate leader and called for the pro-Maduro group to exit the embassy.

Conflicting shouts, prayers and protest songs clashed for most of the day as both groups held their ground.

Francisco Matheus — who was participating in the pro-Guaidó protest — was born in Venezuela but has lived in the U.S. for many years. He told WTOP that the situation in Venezuela has been deeply upsetting to him.

“We have seen a country that — for all its faults — was still a democracy,” Matheus said. “It was corrupt and it has been taken by an individual who made promises that he could not fulfill.”

Throughout the protests, members of the Secret Service stood between the two groups as they yelled and chanted at each other, at times entering into screaming matches.