Washington Auto Show displays vehicles of the future and beyond

The Washington Auto Show, the region's largest, has 35 manufacturers on hand to show off close to 600 models of cars at the Walter E. Washington Convention Center in D.C. See photos of some of the vehicles.
Listen now to WTOP News WTOP.com | Alexa | Google Home | WTOP App | 103.5 FM

The Washington Auto Show, the region’s largest, has 35 manufacturers on hand to show off close to 600 models of cars at the Walter E. Washington Convention Center in D.C.

“It’s all about interactivity, experiencing the cars that you may want to consider purchasing,” said John O’Donnell, the auto show’s president and CEO.

All the major manufacturers are on hand to show off not only models you can buy now but also cars that will be rolling on the dealer lots later this year. Among those is Porsche’s 2020 911 and Hyundai first full-size SUV the Palisade.

From exotic cars to sports cars, to minivans, visitors can get an inside look around and, in some cases, test drive on indoor tracks. Land Rover is one of the manufacturers letting visitors take the wheel of one of their SUV’s on an indoor off-road track. 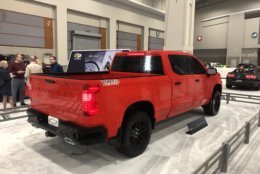 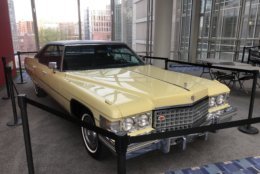 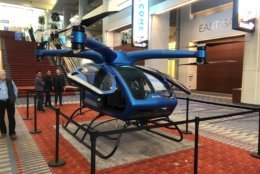 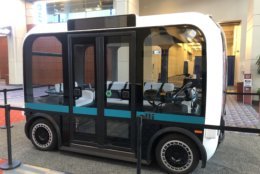 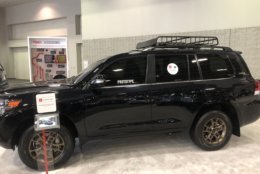 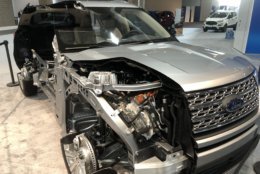 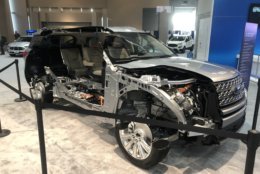 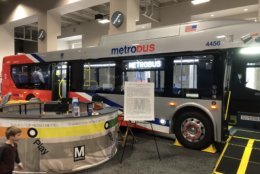 “ … They took 150 dump trucks’ worth of dirt to create an indoor obstacle course, where you can drive a Range Rover, where two of the wheels will be suspended in air when you are driving,” O’Donnell said.

Visitors can also let a trained driver take them on a few literal spins on its course. A steep hill, a tall set of stairs and more await riders who choose to get a sample of what the different Jeep models can do.

Another thing people can do is a course where some of the top-selling electric cars from numerous manufacturers can drive through an indoor course.

Also on display are prototype and concept vehicles, including Surefly’s newest electric helicopter that looks like an oversized drone and is being dubbed the “flying car” of tomorrow.

“Imagine a day when it’s as easy to drive a car as it is to fly a vehicle of that kind,” O’Donnell said.

The event will also include guest appearances from D.C. United’s Wayne Rooney and the Washington Nationals’ Sean Doolittle.

Watch a demonstration of Toyota’s Human Support Robot (HSR), on display at the Washington Auto Show.