If you think water in the District tastes a little weird, there are good reasons for that: A combination of factors make D.C. water kind of funky. The founder of D.C.-based Hydroviv explains what's going on.
Listen now to WTOP News WTOP.com | Alexa | Google Home | WTOP App | 103.5 FM

If you think water in the District tastes a little weird, there are good reasons for that: A combination of factors makes D.C. water kind of funky.

Washington’s drinking water comes from the Potomac. And unlike most cities, chloramine — not chlorine — is used to disinfect it. And given D.C.’s age, lead contamination is prevalent.

Eric Roy — a chemist and founder of D.C.-based Hydroviv, knows a lot about water.

Roy was recently on “Shark Tank” and landed a $400,000 deal with Mark Cuban for his company that makes custom water filters to suit different cities’ needs. His idea for the company was sparked by the water crisis in Flint, Michigan.

Roy outlined the situation with D.C.’s water supply on The Tommy Show.

“Some people are not super psyched to learn that” D.C.’s drinking water comes from the Potomac,” Roy said.

“The reality is, Washington Aqueduct does a good job getting it pretty safe to drink. The real issue with D.C.’s water is … we’re an old city, and we have old lead pipes,” he explained. “So, if your home has a lead service line or if your home was built before 1986, there’s a high likelihood that there’s lead in the solder.”

Roy said his company sees some pretty high lead levels in some homes in Washington, though DC Water says the District meets all lead in water standards.

The other issue with D.C. water is, of course, the taste.

“Most cities use chlorine to disinfect that water where Washington uses a different chemical called chloramine,” Roy said. “It’s not unsafe. It’s just harder to filter. Like, your cheap, big-box filters just don’t do the job on it.”

“We understand Mr. Roy is promoting his filters. Please note that any filter that meets NSF/ANSI Standard 42 can effectively reduce chlorine taste and chloramines in drinking water. There are many point-of-use and point-of-entry filters with this certification on the market,” a D.C. Water spokesman said.

Regardless, D.C. Water has a free lead-test program for residents.

Roy has also found other, bizarre things in the water.

It’s official #WaterNerds! @hydroviv_h2o will be airing on @sharktankabc this Sunday, April 14th at 10 pm EST/CST/PST! Make sure you tune in and watch as our founder, Dr. Eric Roy, takes on your favorite (or least favorite) Shark and navigates the waters of America’s most popular entrepreneurial show. Hey @lorigreinershark @mcuban @barbaracorcoran @kevinolearytv & @rohanoza, let’s GO! #Hydroviv #SharkTank

“There was a pesticide that had been banned for like 50 years that popped up in some of the academic literature for the Potomac River,” he said. “Which is weird since it had been banned in the ’60s or ’70s. So I was like, ‘Which farmer dumped that in the river?'”

D.C. Water said it wasn’t sure which studies Roy was referring to, “but it is important to note that the Aqueduct’s water treatment process is highly effective, and the drinking water DC Water distributes to our customers meets all water safety standards.”

EDITOR’S NOTE: WTOP is the traffic partner for The Tommy Show. 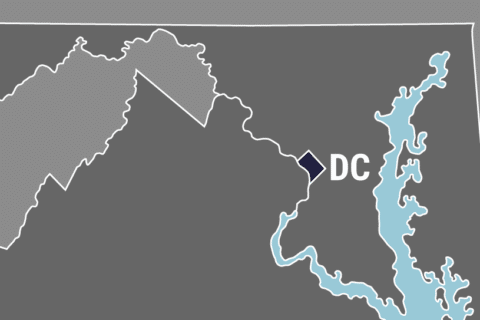 A DC chemist created a custom water filter. Could he sell it on ‘Shark Tank’?