The grand opening of Busboys and Poets Anacostia in Southeast D.C. represents hope and change for the historically underserved Ward 8 community, and was deemed a "victory" by its residents. See photos.
Listen now to WTOP News WTOP.com | Alexa | Google Home | WTOP App | 103.5 FM

The grand opening of Busboys and Poets Anacostia in Southeast D.C. represents hope and change for the historically underserved Ward 8 community.

“This really is a victory for us and the community,” said Far Southeast Family Strengthening Collaborative Executive Director Perry Moon.

“This is the community’s building; this is a community space. We’re all celebrating together,” Moon said of the cooperative that is the restaurant’s landlord.

The space has high ceilings and is open and vibrant, with walls lined with the works of local artists — children and adults who all live in Wards 7 and 8. 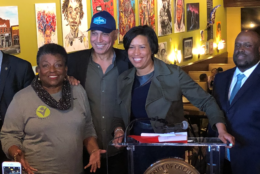 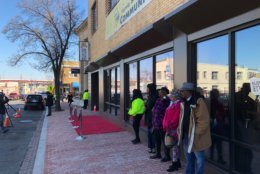 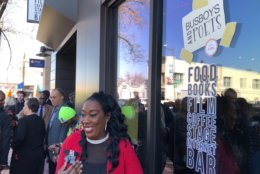 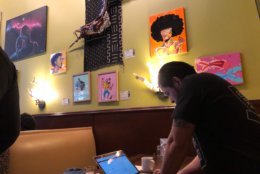 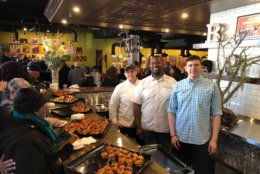 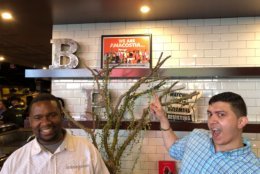 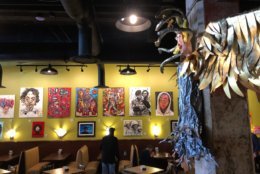 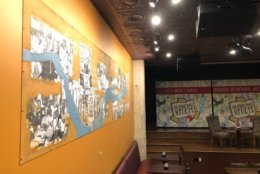 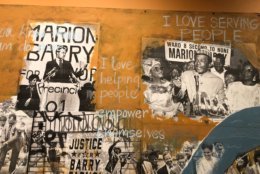 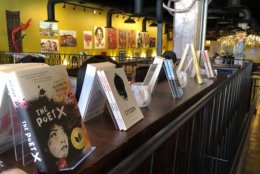 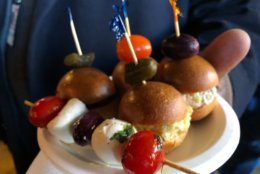 “I recognize this is a special place, when you can send out a call in two wards and get art that is — just spectacular,” said Carol Rhodes Dyson, who is the art curator for Busboys and Poets’ now seven locations.

The chain is predominantly in D.C., with locations also in Hyattsville, Maryland, and Shirlington, Virginia. Dyson said there will be rotating art exhibitions among the restaurants; Anacostia will also host artist talks.

“Busboys and Poets in Anacostia brings a new life and vitality to the community,” Dyson said. “In addition to new ideas, we are here to empower ideas and the culture that is already here.”

Above the bar out front and in the Marion Barry room, there are as yet incomplete murals depicting the city’s late “Mayor for Life” Marion Barry.

The mood was joyous with cheers and clapping at the grand opening ceremony Tuesday afternoon that included speeches and two ribbon cuttings, one inside and another outside.

The thrill of a new restaurant opening might be lost on people unfamiliar with the challenges of the area.

“This is awesome to be able to experience this tremendous ribbon cutting for Ward 8. We’ve been longing for this,” said Advisory Neighborhood Commissioner LaVerne R. Glenn, 8D06, who helped work to bring the restaurant to Anacostia. “It’s very emotional. It’s exciting.”

“We’re a food desert, where we have one grocery store for nearly 80,000 people. And one sit-down restaurant,” said Jacque Patterson, a 30-year Ward 8 resident, before being reminded that now there are two. “Two now!”

The restaurant has 90 employees, 95 percent of whom live in Southeast.

“This is jobs, somebody can walk to work, and work here, and see their friends and their neighbors here … this will revitalize a community,” Patterson said.

The bookstore that will soon be set up in the front room of the restaurant will be dedicated to a neighbor who was killed in Anacostia four years ago.

“Charnice Milton, 27, was a journalist who died way too soon by gun violence not far from here,” Busboys and Poets founder Andy Shallal said. “I am so delighted and honored and really humbled by the fact that we’re going to have our bookstore here be dedicated to Charnice Milton.”