Hay loft is now a weight room: Inside a historic, still-active firehouse in DC

One firefighter, who has worked at the station for nearly 30 years, called the firehouse "the best kept secret of the D.C. Fire Department."
Listen now to WTOP News WTOP.com | Alexa | Google Home | WTOP App | 103.5 FM

One of D.C.’s historic active firehouses is hiding in plain sight.

A small building in a bustling part of the city, Engine 23 sits in Foggy Bottom on The George Washington University campus. It holds an engine and an ambulance now, but it was built with horses in mind.

It’s one of the few remaining D.C. stations that feature spiral staircases — “so the horses couldn’t follow the guys up the stairs,” said firefighter Joseph Chisholm, who has served at this station for 28 years. Upstairs is also where the hay went; the hay loft is now a weight room. The exercise equipment was hoisted up there using a metal pulley that’s original to the building.

The two-story stone and brick structure was placed in service in 1910 and cost $39,000 to build, according to a firefighters’ union newsletter from 1953. It used to have garage doors on both sides of the building, allowing vehicles to exit onto G or H streets.

According to the DC Fire and EMS Museum, a steam-powered pumper, six horses and a dozen men were originally assigned to the station. 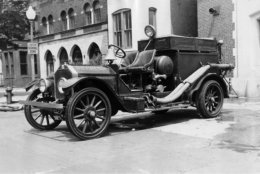 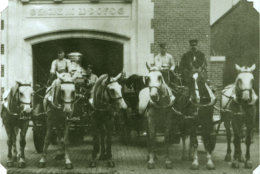 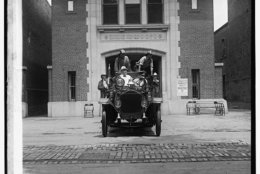 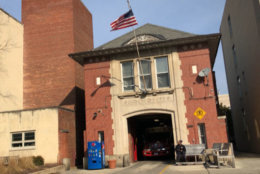 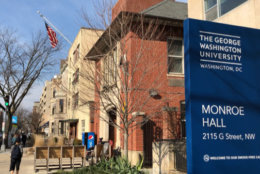 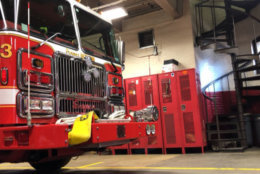 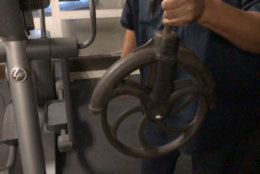 The rear entrance was closed off during a 1977 renovation and, over the years, the main entrance has been widened to accommodate newer, larger trucks, Chisholm said. Another renovation is expected in the coming years.

Students who work as volunteer responders in their hometowns often drop in, said Chisholm, adding that visitors are always welcome. He doesn’t envision the firehouse going away, or becoming inactive, anytime soon.

“It’s been here over a hundred years,” he said, and while it could use some upgrades, “I think it’ll be here another hundred years.”