Volunteers clean popular spot on the Potomac ahead of spring fishing

A group of around 60 volunteers with Friends of Fletcher's Cove stepped up and came out to clear a mountain of debris building up on the Potomac so Fletcher's Cove can be used for recreational fishing in the spring. See photos.
Listen now to WTOP News WTOP.com | Alexa | Google Home | WTOP App | 103.5 FM
(1/6) 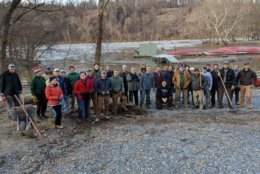 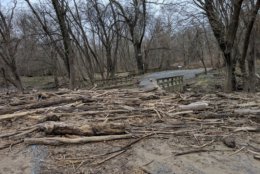 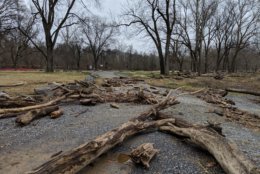 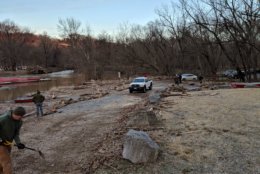 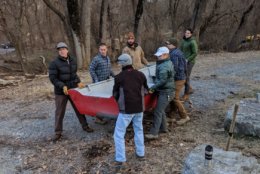 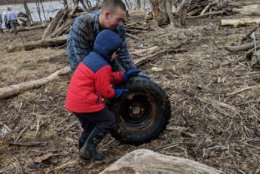 WASHINGTON — Most years, it falls on the National Park Service to maintain the area around Fletcher’s Cove on the Potomac in D.C. for fishers and other river enthusiasts. But most years don’t have to deal with record shattering rains and a partial government shutdown.

A group of around 60 volunteers with Friends of Fletcher’s Cove stepped up and came out to clear a mountain of debris building up on the Potomac so Fletcher’s Cove can be used for recreational fishing in the spring. They hauled branches, leaves, sediment and other debris from the cove — tasks the National Park Service usually takes on a few times each year.

Sara Tucker, a member of the advisory committee for the Friends of Fletcher’s Cove, said  the debris build up was worse than in previous years because of the amount of rainfall that the region saw in 2018 and the equally wet start to 2019.

“It needed to get done,” Tucker said. “Without the government stepping in to help, we decided that we would join with the Potomac Conservancy and through various outlets in D.C. — fishing networks — get folks down here to help clean it up.”

While the Friends of Fletcher’s Cove spearheaded the cleaning efforts, it was the infrastructure of the Potomac Conservancy that brought in the volunteers. From there, several fishing shops in the District also put the word out that people were needed for the project.

“It was critical that we get out and start doing the work,” Tucker said. “We’re going to have to continue doing this, there will have to be other days of asking for volunteers to help to get this really ready for spring. It needed to get done so we’re really pleased with all the people who showed up to help.”