Holidays: 'Enchant' shines with millions of lights in Nats Park | Where to see holiday lights | Send in photos of decorations | How to give greener this season
Home » Washington, DC News » Expect more road closures…

The funeral procession for former President George H.W. Bush will close a number of roads across the Metropolitan area on Wednesday as the late president's body is brought to the National Cathedral for services.
Listen now to WTOP News WTOP.com | Alexa | Google Home | WTOP App | 103.5 FM

WASHINGTON — The funeral procession for former President George H.W. Bush will close a number of roads across the metropolitan area on Wednesday as the late president’s body is taken by motorcade to the National Cathedral.

“The motorcade is going to move relatively quickly, so any road closures that we have, we don’t anticipate they’re going to last very long,” D.C. chief of police Peter Newsham said. “So my advice to any driver who sees this is to just stand by be patient, and better yet if you can plan ahead and avoid it, that’s probably your best-case scenario.”

In a release last week, the United States Secret Service said this would be a coordinated effort on the part of local, state and federal law enforcement and public safety agencies to handle road closures and direct the public while the funeral motorcade makes its way from the Capitol rotunda to the memorial service in Northwest D.C.

The Secret Service said these routes are subject to change. For up-to-the-minute reporting on road closures, be sure to tune in to our on-air broadcast on 103.5 FM on the 8s, check the WTOP Traffic page or listen live here. 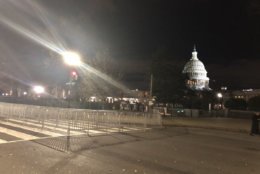 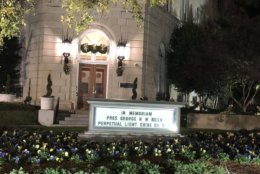 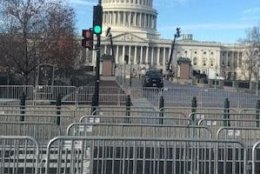 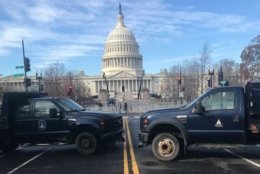 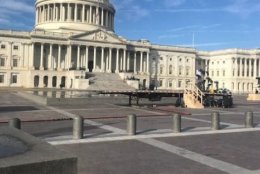 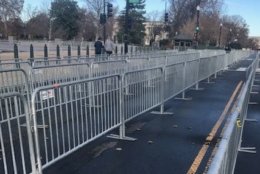 On Wednesday, Dec. 5, the former President’s motorcade will depart from the U.S. Capitol for the National Cathedral in Northwest. Road closures between the Capitol and National Cathedral will begin at 9:15 a.m. and will last until around 11 a.m. Again, expect heavy traffic delays and closures along side roads during this time.

The motorcade will travel the following route:

Around 11 a.m., the motorcade will prepare to travel from the National Cathedral to Joint Base Andrews. This will bring closures to roads and Interstates between the cathedral and Joint Base Andrews that are expected to last until 1:30 p.m. Expect heavy traffic delays and road closures to side streets once more.

The motorcade will travel the following route:

Also expect “emergency no parking” restrictions at the following locations:

WTOP’s Kristi King and Jack Pointer contributed to this report.