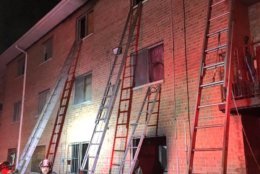 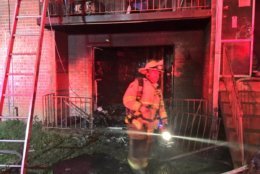 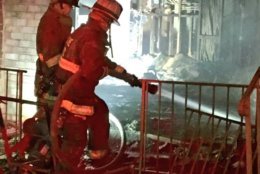 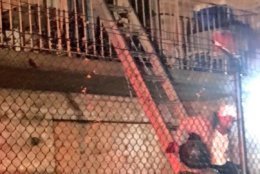 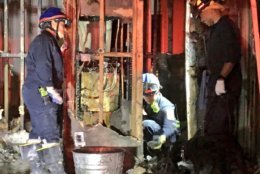 WASHINGTON — Approximately 13 people are displaced after a two-alarm fire in Southeast D.C. broke out in the early morning hours Friday.

Firefighters with D.C. Fire and EMS were dispatched just after midnight to a working fire on the 1300 block of Alabama Avenue, near the Congress Heights Metro station. The fire originated on the first floor of a three-story apartment building, fire officials said.

The fire escalated to a two-alarm fire and spread to all floors of the building. Firefighters rescued people inside the building, which officials say was only half occupied, with portable ladders and were able to successfully knock down the fire about an hour after arriving on the scene.

Two residents were transported to the hospital in stable condition and one firefighter suffered from a minor injury.

Fire officials are still investigating the cause of the fire.

Below is where the fire broke out.