WASHINGTON — You have until Monday to comment on a National Park Service proposal that would charge fees for demonstrations and other First Amendment activities around the National Mall, the White House and other sites.

Those fees would go toward helping “recover some of the costs of administering permitted activities,” reads the proposed change. That includes such things as trash pickup, barricades, event management and repairing turf damage.

Parades and ceremonies are already subject to such fees.

It’s among other changes being considered in an effort to better balance free speech while ensuring that “iconic viewsheds are left unobstructed for the millions of people who visit every year to experience them,” said the park service’s Lisa Mendelson-Ielmini.

Some of the other changes being considered are tweaking the number of participants needed to require a permit, as well as adjusting how long groups should be able to establish displays in the nation’s parks.

The proposed changes would apply to:

To comment, visit Regulations.gov. Comments can also be mailed or hand-delivered: 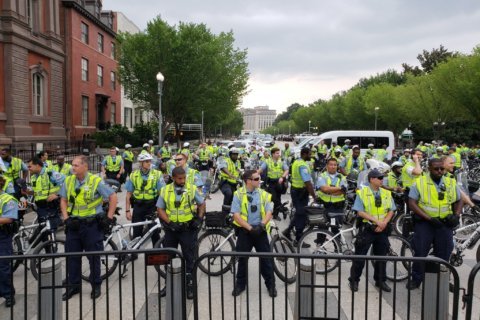