Initiative 77, which eliminated the separate minimum wage for tipped workers in the District, was overturned Tuesday by a vote of the D.C. Council.
Listen now to WTOP News WTOP.com | Alexa | Google Home | WTOP App | 103.5 FM

WASHINGTON — Initiative 77 was overturned Tuesday by a vote of the D.C. Council.

The measure, approved by D.C. voters in June, would have eliminated the city’s two-tier minimum wage system. It would have raised the minimum wage for tipped workers, such as waiters and bartenders, incrementally until their minimum wage matched that of other workers in the city by 2020.

Council members approving the repeal said the measure’s wording was misleading — people who voted for the measure, they said, likely didn’t realize they voted to cut the pay of many workers and place an undue burden on small businesses that would have to either raise prices or cut staff to pay for what would become much larger payrolls.

The council is still considering what’s called a compromise bill, which would aim to address issues that Initiative 77 sought to solve — such as sexual harassment and wage theft by employers who fail to make up the difference when tipped workers don’t earn minimum wage, as the employers are supposed to.

Council Chairman Phil Mendelson called the wording of Initiative 77 “misleading at best, dishonest at worst.” He said that several of the provisions of the bill presented as new were in fact current D.C. law anyway.

He also said that about 60 tipped workers – who “Initiative 77 purports to help” – had testified last month in support of repeal.

Addressing the criticism that repealing a voter initiative was anti-democratic, Mendelson said, “The committee views the initiative like any other piece of legislation, and the council amends laws all the time. If a law is a bad law, it should be amended or repealed; it does not matter if the law was adopted by Congress, the voters or the council.”

Council Member Robert White, an at-large member, voted against Initiative 77 in June’s primary but on Tuesday opposed repealing it, saying, “I cannot and will not ignore the clear vote of the residents on this issue just because I disagree with the outcome.”

He agreed that the language was “deceptive,” but said, “I cannot assume that voters were ignorant or uninformed after the vigorous campaign waged by both sides.”

White added that “The voters are the source of any authority that I hold,” and that referenda should be repealed only in extreme cases.

He cited the lack of voting representation for D.C. in Congress, and the steps the federal government sometimes takes in D.C.’s affairs, as affronts to democracy, and said of overturning a ballot initiative, “What signal does it send?”

Voting against the repeal of Initiative 77:

DC Council threatened with political backlash if they repeal Initiative 77 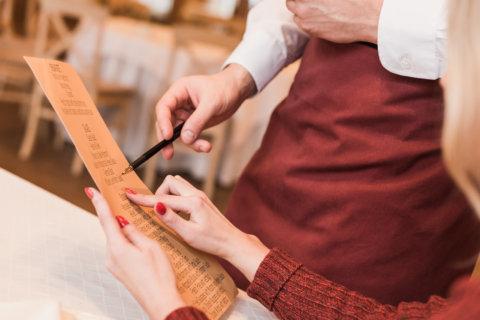