The man is now in the hospital and expected to survive. Fire crews are also going back to re-search the building at 900 Fifth St. SE. Mayor Muriel Bowser told reporters that D.C. officials "looked at the building management to tell us who lived in the building, and if those people were accounted for."
Listen now to WTOP News WTOP.com | Alexa | Google Home | WTOP App | 103.5 FM

WASHINGTON — A 74-year-old man was found Monday morning inside the Arthur Capper Senior Center, where a large fire last week displaced around 160 residents.

The man was taken to a hospital with non-life-threatening injuries and is expected to survive.

D.C. fire crews are going back in to ensure he wasn’t the only one left behind, said Mayor Muriel Bowser.

The District had “looked at the building management to tell us who lived in the building, and if those people were accounted for,” she told reporters during a news conference Monday afternoon.

Initially, the management company had confirmed that everyone on a list had been accounted for, said Laura Zeilinger, the director of D.C.’s Human Services Department. “Today, they acknowledged that … they had not laid eyes on [the man] personally, although they had the other people who they checked off on their list,” she said.

A crew that was evaluating the structure’s safety found the man inside his apartment on the building’s second floor. The survivor maintained his sense of humor during the rescue, structural engineer Allyn Kilsheimer told reporters Monday.

“We’re coming to get you,” Kilsheimer said crew members told him.

After the crew — which had been hired by the building’s owners — gained entry into the apartment, they sat the man in a kitchen chair and carried him out.

Out of 161 occupied units, 132 households had been accounted for, Bowser said. “That group of [residents] — which is less than 30 — we are re-checking,” she said. Dogs will assist with that search.

Fire crews were unable to complete a secondary search of the building after Wednesday’s fire due to falling debris, Chief Gregory Dean said at Monday’s news conference. “We were under the impression that everybody was accounted for, but we were going to do a complete walk-through of the building as much as we could,” Dean said.

Crews had been working over the weekend to secure the building at 900 Fifth St. SE, which is privately owned. The cause of Wednesday’s blaze still has yet to be determined. Hallway fire alarms had reportedly failed to alert residents.

D.C. has been working to match each displaced household with a case manager. (The District subsidizes rents there for lower-income residents.) “Some are in non-acute nursing care and others, we believe, are with family and friends,” Bowser said.

This morning, I got a call that an elderly man was found alive inside Arthur Capper Sr Bldg. Right now, many more questions than answers. Building owners previously said that every resident accounted for. I’m grateful he is safe now, but outraged at failures that he’s found now. pic.twitter.com/hCe9ApVCRp 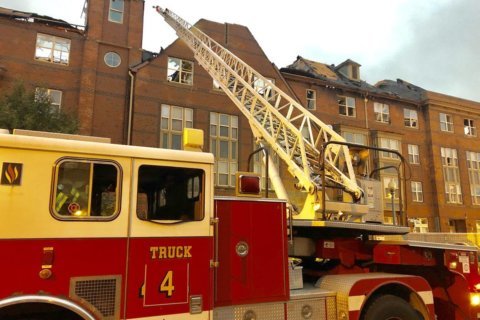