WASHINGTON — John Hinckley, the man who tried to kill President Ronald Reagan in 1981, is asking to be unconditionally set free.

A court filing from last week mentions that Hinckley in April “orally moved for an unconditional release from his commitment” under a provision of D.C. law. 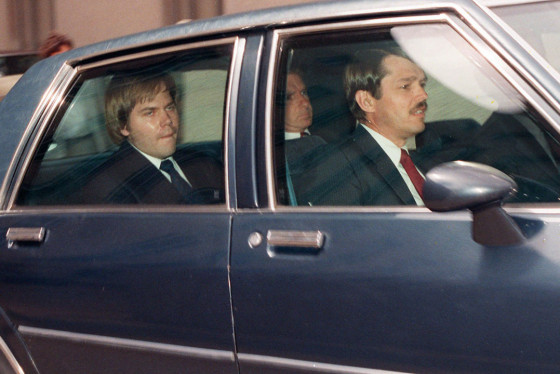 A judge ruled that John W. Hinckley Jr., who shot President Ronald Reagan, can leave St. Elizabeths Hospital in D.C. The ruling comes more than 35 years after the March 30, 1981, shooting outside a D.C. hotel. He will be able to live with his mother in Virginia.

A judge will hold a hearing on Hinckley’s motion in December.

Hinckley was found not guilty by reason of insanity in the attempt on Reagan’s life, in which he wounded D.C. police officer Thomas Delahanty, Secret Service agent Tim McCarthy and Press Secretary James Brady, the latter of whom died from complications of his injuries in 2014.

Hinckley was committed to St. Elizabeths Hospital in D.C., and starting in 2006 was given convalescent leave to periodically visit his parents in Williamsburg, Virginia.

In 2016, he was allowed to live with his mother in Williamsburg in 2016 on the condition that the hospital conduct periodic risk assessments.

Hinckley was also barred from contacting the families of Reagan or Brady, or Delahanty or McCarthy and their families. He also can’t contact Jodie Foster, the actress he was trying to impress by shooting Reagan, or her family.

Under the terms of his leave, Hinckley couldn’t be around any current or former presidents, vice presidents or other Secret Service protectees. His internet usage was heavily restricted; he was banned from social media, had to either work or volunteer three days a week and was prohibited from cashing in on his notoriety through writing, music or artwork.