The largest renovation in the history of the Smithsonian National Museum of History since the museum opened in 1881 is almost complete, and includes major changes to the Dinosaur Hall that have been in the works since 2012.
Listen now to WTOP News WTOP.com | Alexa | Google Home | WTOP App | 103.5 FM

WASHINGTON — The largest renovation in the history of the Smithsonian National Museum of History since the museum opened in 1881 is almost complete. Major changes to the Dinosaur Hall have been in the works since 2012.

Kirk Johnson, Sant director of the museum, stood in the new Dinosaur Hall, named Deep Time, next to a crate holding the skeleton of one of its newest additions: a Tyrannosaurus rex.

“This skeleton will be part of a complete skeleton that will be visibly chewing on another skeleton, ’cause that’s what T. rexes do,” said Johnson. 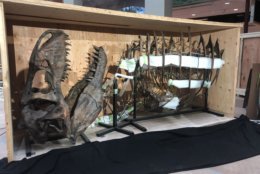 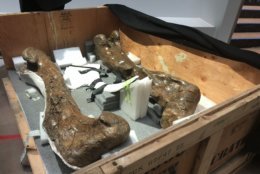 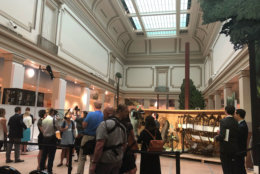 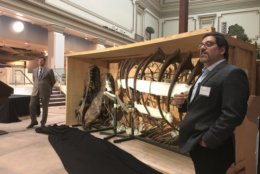 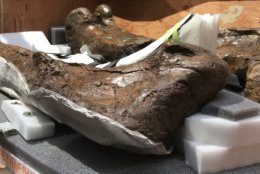 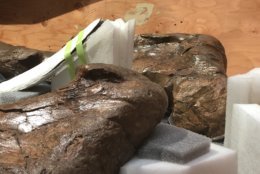 The newly restored dinosaur, named the Nation’s T. rex, recently arrived back in the District after being restored in Canada. The T. rex will stand 15 feet tall and 40 feet long. Johnson said they have almost half of the 450 bones that make up a T. rex. The missing pieces will be recreated.

“It’s good to remember that when an animal dies, sometimes the entire skeleton is preserved — that’s quite rare — and sometimes you find just a single bone. One thing that was remarkable about this skeleton was that so many of its bones were found. It’s one of the more complete ones ever found,” said Johnson.

With new educational components and many new exhibits, Johnson says the $125 million renovation will transform how the museum’s 6 million visitors view the world.

“We are actually sitting in the world’s largest and most visited informal science venue, so that’s why what we say here is so important,” said Johnson.