Two teenagers who were already in jail on unrelated charges were formally booked and charged with second-degree murder while armed for their role in the death of a 16-year-old near Noma-Gallaudet station earlier in May.
Listen now to WTOP News WTOP.com | Alexa | Google Home | WTOP App | 103.5 FM

WASHINGTON — The fatal stabbing of a D.C. honor student began with a classroom argument between the victim’s friend and another student, who reportedly promised to “get her hood boys” involved, according to court documents filed Tuesday.

Now, two teens are facing second-degree murder charges in the May 1 death of 16-year-old Tyshon Perry near the NoMa-Gallaudet Metro Station, and more arrests might be on the way.

Kurt Hewitt, an 18-year-old from Southeast D.C., and his 16-year-old cousin, Demonte Hewitt of Northeast D.C., have been charged with second-degree murder while armed for their role in the death of Perry, a student at KIPP DC College Preperatory high school.

Both suspects were already in jail on unrelated burglary and kidnapping charges when they were booked for the charges related to Perry’s death, Chief Peter Newsham said at a news conference on Wednesday.

Documents filed in D.C. Superior Court recount a quarrel during a first-period class at KIPP between Perry’s friend, identified as “V-1” and a female student, identified as “S-1,” on May 1. This argument was animated enough, authorities say, that the pair had to be separated.

One witness told detectives of hearing the girl say “she was going to get her hood boys and bring them up to school to fight,” the documents said.

That girl and four males, authorities said, confronted “V-1” and his friends — including Perry — near the Metro station, and the fight ensued. The victim was stabbed multiple times, including in the chest.

The investigation is ongoing, said Newsham, who did not rule out the possibility of more arrests.

“In this particular case — and this is really troubling — I think there is a lot of fear,” Newsham said. “There were a lot of young people out there, they observed a very violent act where they lost one of their friends, and they are very fearful of retaliation that might occur.”

Perry’s father also had said he was worried that students at KIPP are afraid something could happen to them as well, Newsham said.

“We hope these arrests will alleviate some of the fears of our young people who are just attending school,” Newsham said.

The fact the two suspects were already in jail might have helped alleviate some of those fears. Newsham told reporters he thought it was “safe to say” someone came forward with information after the initial arrests were made.

“We’ve had circumstances like this in the past. Eventually, people come forward with information,” he said. “So, I say all that to say we’re going to urge people who may have seen something to continue to let us know, because this investigation is ongoing.”

Newsham also told reporters that police were making progress in an unrelated case of a 15-year-old who was fatally shot in Southeast D.C. near Democracy Prep High School.

“We’re very confident homicide is going to be able to do something with that case,” Newsham said. “It’s another horrific case.” 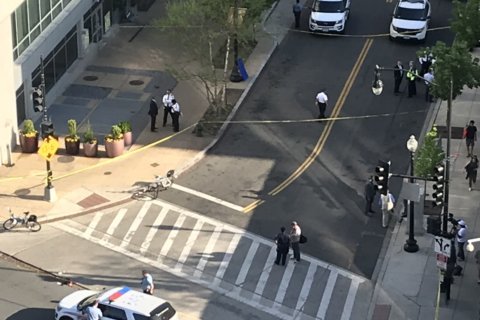 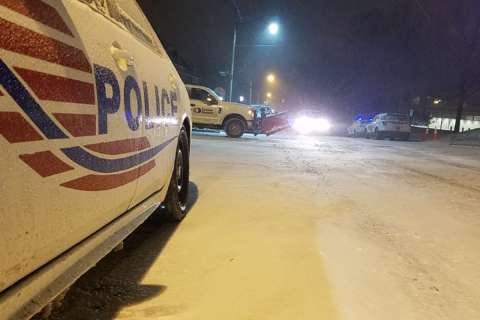