Almost a year into the pilot program of dockless bike-share's around the city, some preliminary data is coming in to help us understand how the bikes are being used compared to the very similar — though not dockless — Capital Bikeshare.
Listen now to WTOP News WTOP.com | Alexa | Google Home | WTOP App | 103.5 FM

WASHINGTON — Friday, May 18, is Bike to Work Day, and in that spirit, the Washington region is celebrating expanded options cyclists despite the rain.

For those braving the puddles, more than 100 pit stops are planned from Sterling to Indian Head.

Capital Bikeshare recently recorded its 20 millionth trip, and expands Friday into Prince George’s County with a handful of stations near Hyattsville and Largo. A larger expansion had been planned in the county, but is not yet in place.

Dockless bike-share companies came to the region last year. While the dockless companies have faced some complaints, initial research by Virginia Tech professor Ralph Buehler suggests the dockless bikes are expanding options to get around at least some parts of the area.

Buehler and colleagues reviewed location data about the start and end of each trip for the first several months the dockless bikes were permitted in D.C.

Both dockless and Capital Bikeshare bikes are most frequently used downtown in Wards 1, 2 and 6.

“We see proportionally more dockless bikes in Wards 3, 4 and 5, so they seem to go slightly more into different places than where Capital Bikeshare goes,” Buehler said. Wards 3, 4 and 5 are in Northeast and Northwest.

Neither system recorded a high proportion of trips east of the Anacostia River in Wards 7 and 8.

Use of Capital Bikeshare, which also has bikes and docks in Alexandria, Arlington County, Fairfax County, Montgomery County and now Prince George’s County, tends to spike in the morning and afternoon rush hours.

That could suggest the dockless bikes are being used for more recreational trips or by people with less traditional work hours, he said, which would match the experiences in some other U.S. cities.

Buehler’s students surveyed a small number of students riding dockless bikes. The study found those riders to be somewhat more diverse than Capital Bikeshare users, and found them more likely to have lower incomes.

Capital Bikeshare costs $85 for a yearlong membership that covers unlimited rides under 30 minutes. Single trips are $2 and a 24-hour pass costs $8. The dockless bikes require that users download a smartphone app but they do not need a membership.

This initial study did not look at other factors that could contribute to decisions to use or not use bike-share, such as hills, trip distance, or how safe a route seems next to speeding cars. “This is a first look and a preliminary study,” Buehler said.

District Department of Transportation Data suggests dockless bikes have added to the overall number of bike trips in the city.

The dockless pilot was set to expire last month, but now has been extended through August. Plans to charge the companies permit fees and set some additional rules were put off at the last minute.

D.C. now has an online survey looking for feedback on the dockless program, which has been expanded to include electric scooters. 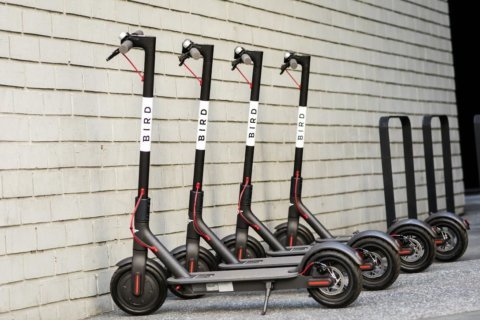 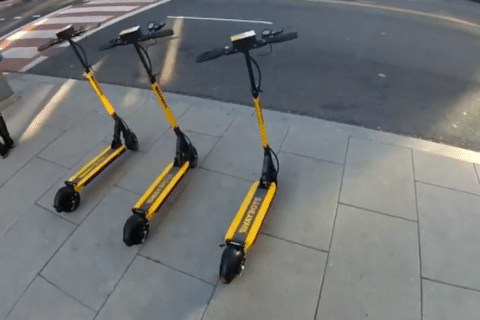