It was a lunch break to remember when the rock star brought his retro mystique — and his band — into the atrium of the Tenleytown campus for a surprise 45-minute set.
Listen now to WTOP News WTOP.com | Alexa | Google Home | WTOP App | 103.5 FM

WASHINGTON — Seniors at D.C.’s Wilson High School got one heck of a send off on their last day of classes — a pop-up concert from none other than Jack White.

It was a lunch break to remember when the rock star brought his retro mystique — and his band — into the atrium of the Tenleytown campus for a 45-minute set that surprised students, faculty and other staff (video courtesy Jordan Grobe for The Anthem).

The show had been a well-kept secret, as many pop-up things tend to be. Only Principal Kimberly Martin and another school official knew about it. White’s people reached out to Martin just days ago.

“They knew we have this big atrium space, and they thought that that might be an appropriate place for him to set up and do a pop-up show,” she said.

She’s not sure exactly why Wilson was the lucky high school. “If there is a connection [with the artist], I don’t know what it is,” Martin said.

Crew members came in to survey the space shortly thereafter, and they apparently did a good job of acoustical reconnaissance: No sound check was needed. The band and crew began “quietly and so quickly” setting up at 10:30 a.m. while students were in class, and the band was ready to go when lunch began at 11:45 a.m.

White, who’s in town for two shows at The Anthem, then stepped into Wilson High School’s atrium to the amazement of all, Martin said.

“He came in and just immediately picked up his guitar and started playing,” she said. 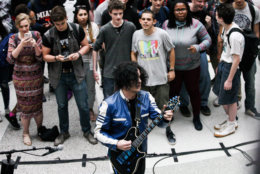 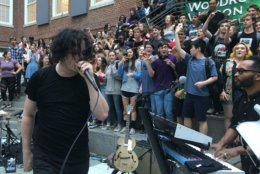 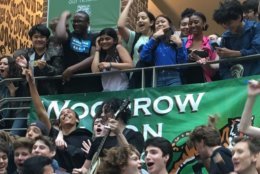 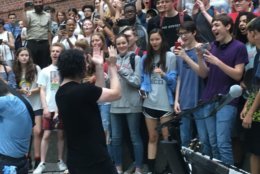 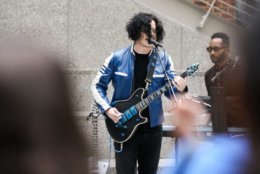 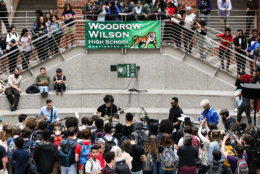 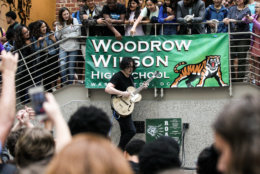 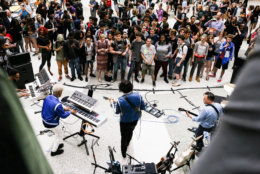 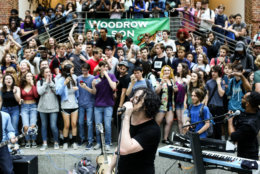 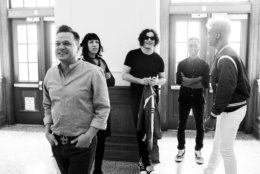 The hundreds on hand, at first, weren’t sure how to react, the principal said. But once White encouraged them to get closer, they were an arm’s reach away.

“That got them very hyped up,” she said.

Some still opted to get in line for lunch, Martin said, while others skipped the nourishment so they could enjoy the show in its entirety.

And a few songs later, the figurative curtain dropped.

“He said, ‘Thank you Woodrow Wilson High School,’ put his guitar down and walked out the door,” said Martin, who said she’d never experienced anything like this before in her career.

Our condolences to the educators who had to follow that killer act with a lecture on math or something.